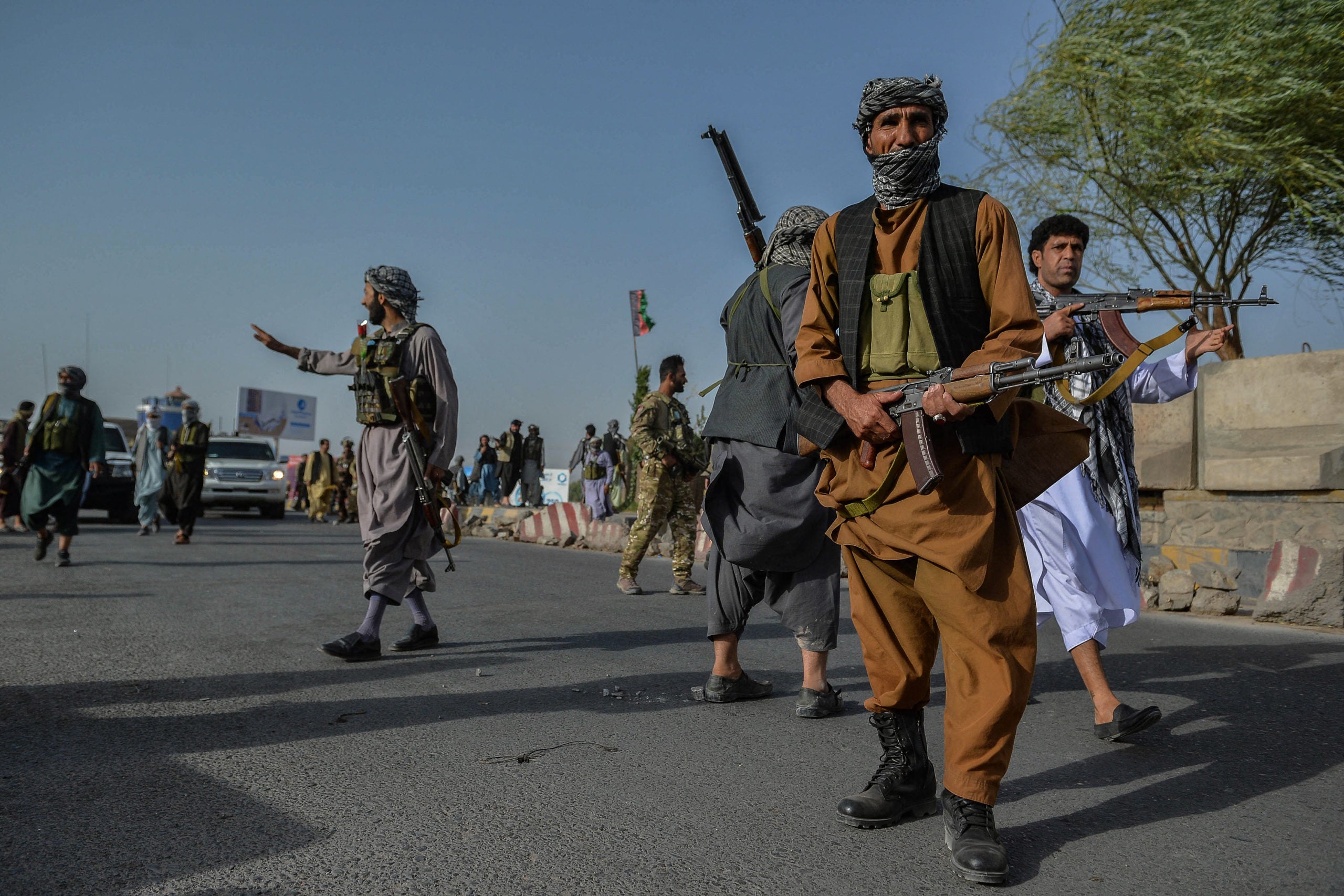 HERAT, Afghanistan — Afghan and Taliban forces clashed again on the outskirts of Herat Saturday, a day after a police guard was killed when a United Nations compound in the western city came under attack.

Violence has surged across the country since early May when the militants launched a sweeping offensive as US-led foreign forces began a final withdrawal that is now almost complete.

The Taliban have seized scores of districts across Afghanistan, including in Herat province, where the group has also captured two border crossings adjoining Iran and Turkmenistan.

Officials and residents reported renewed fighting on the outskirts of Herat Saturday, with hundreds fleeing their homes to seek shelter closer to the heart of the city.

Herat governor Abdul Saboor Qani said most of the fighting was in Injil and Guzara district — where the airport is located.

“At the moment the fighting is ongoing in the south and southeast. We are moving cautiously and to avoid civilian casualties,” Qani said.

Government forces also called an airstrike near a 10-bed hospital in Lashkar Gah, capital of Helmand province, that officials said had been seized earlier by the Taliban to treat its wounded fighters.

“This morning, the Taliban fighters came and forced the hospital staff to leave,” said Agha Mohammad.

“Planes were hovering in the air at that time, and they were following the Taliban, and the airstrike happened.”

During fighting Friday, the main Herat compound of the United Nations Assistance Mission in Afghanistan came under attack from rocket-propelled grenades and gunfire that the UN blamed on anti-government elements.

The militants say they will not target foreign diplomats but have blatantly violated international protocol before.

Afghan forces and militiamen of veteran warlord and anti-Taliban commander Ismail Khan have been deployed around the city of 600,000 in recent days.

Khan, who previously fought the Soviet occupation forces in the 1980s and then the Taliban during their hardline regime in the 1990s, has vowed to fight the insurgents again to counter their staggering advances in recent months.

Fighting was also hampering rescue efforts after severe flooding in Nuristan this week killed at least 113 people, with over 100 more missing.

“Unfortunately the area is under the control of the Taliban, we were unable to send our provincial teams to the area,” said Tamim Azimi, spokesman for Afghanistan’s state ministry for disaster management.

“But we have sent the (local) rescue teams along with the Afghan Red Crescent,” he told AFP.