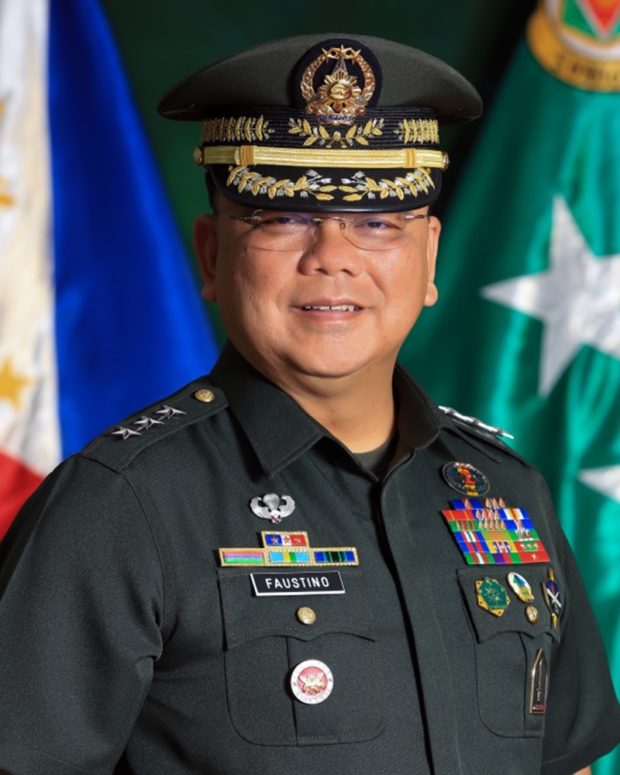 MANILA, Philippines — President Rodrigo Duterte has chosen Lt. Gen. Jose Faustino as the next Chief of Staff of the Armed Forces of the Philippines (AFP).

Faustino’s appointment paper addressed to Defense Secretary Delfin Lorenzana was signed by the President on July 29, a copy of which was only made public Friday.

He will replace Gen. Cirilito Sobejana, who is set to retire on July 31.

Faustino, however, will serve for only three months, as he is also set to retire by November this year.

Faustino is the incumbent commander of the Joint Task Force for peace and security in Mindanao.

Prior to this, he was Philippine Army chief in an acting capacity, but his stint was cut short due to retirement issues.

Lorenzana had earlier hinted that a “higher position” was waiting for Faustino.