Hidilyn to get congressional medal of excellence 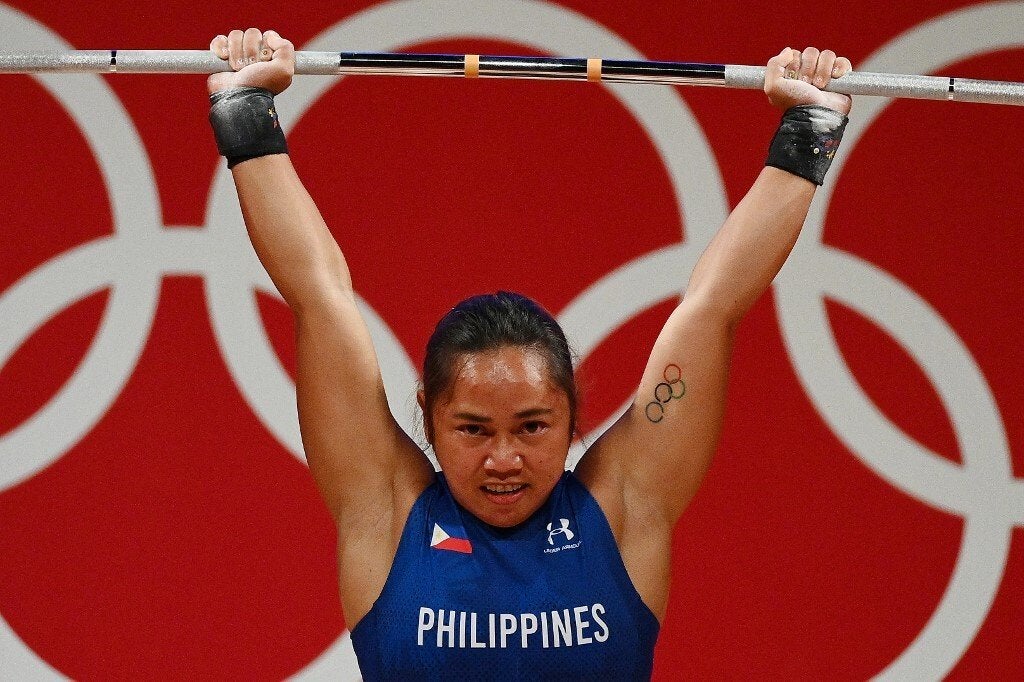 Philippines’ Hidilyn Diaz competes in the women’s 55kg weightlifting competition during the Tokyo 2020 Olympic Games at the Tokyo International Forum in Tokyo on July 26, 2021. (Photo by Vincenzo PINTO / AFP)

The House of Representatives will award Filipino Olympic gold medalist, Hidilyn Diaz, with the first ever Congressional Medal of Excellence.

Velasco, Paduano and Romualdez also filed HR 1981 seeking to institutionalize the Congressional Medal of Excellence for national athletes who win the gold medal at the Olympic Games, which they described as “the world’s only truly global, multisport celebratory athletics competition.”

“There is a need for the House of Representatives to institutionalize the Congressional Medal of Excellence to particularly give honor and commendation to these exceptional modern-day national heroes in sports who win the gold medal in the Olympic Games,” they said in the resolution.

“This award will immortalize their achievements and give them a legacy to leave behind by providing future generations with inspirational lessons that they can take to heart,” they added.

In HR 2041, the lawmakers said Diaz’s “fighting heart and indomitable spirit has ignited hope and dreams in our country reeling from the current pandemic and economic downturn by bringing honor and pride to all Filipinos, whether in the country or abroad.”

“We thought an Olympic gold medal for the Philippines will never happen in our lifetime until it did, many thanks to Hidilyn Diaz,” Velasco said in a statement.

Diaz is expected to receive a cash incentive of more than P35 million, including other perks, for her historic gold medal win at the 2020 Tokyo Olympics.