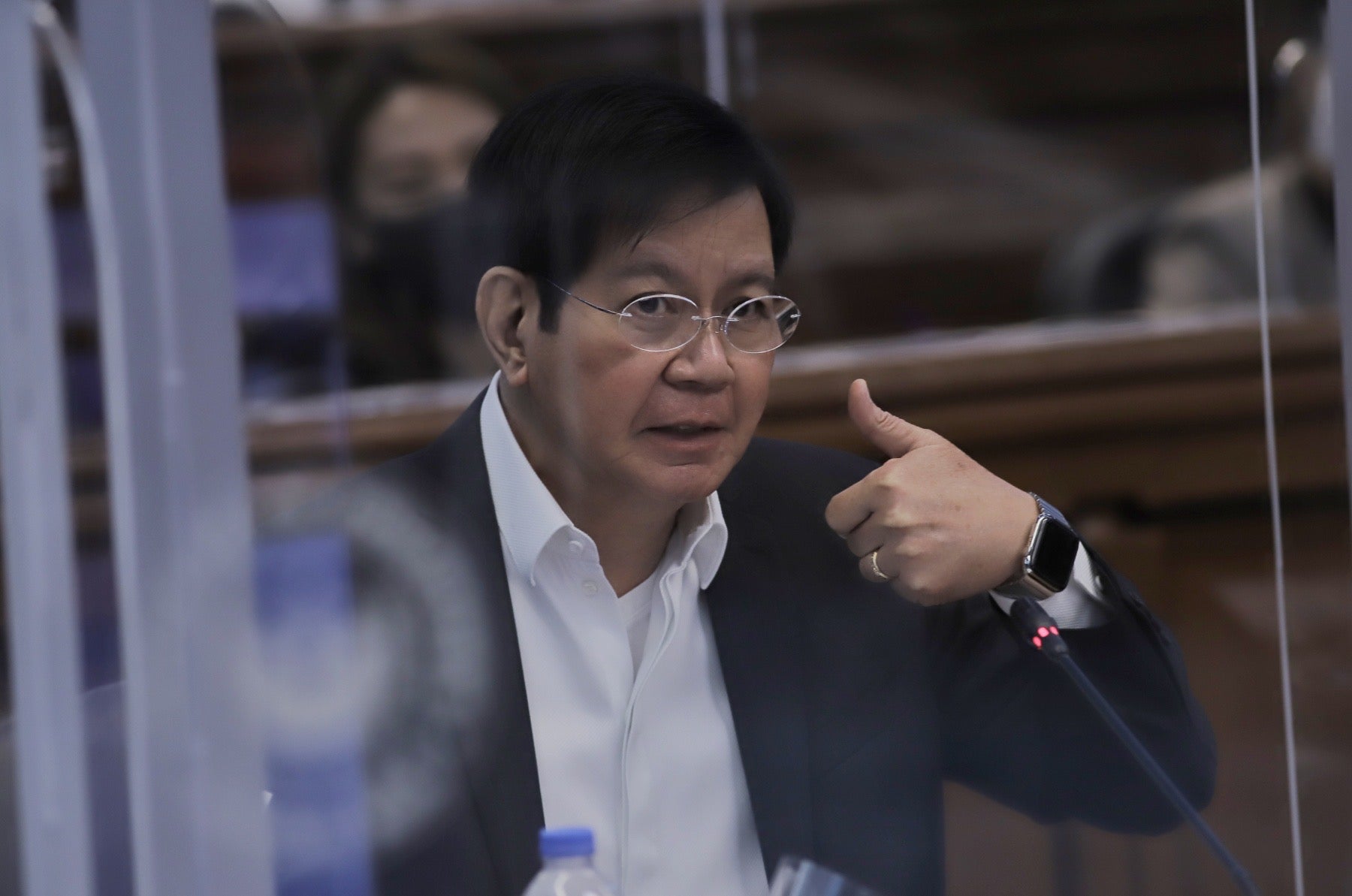 Sen. Panfilo Lacson on Thursday formally took his oath as chair of the Partido para sa Demokratikong Reporma, which is undertaking unity talks with the Nationalist People’s Coalition (NPC) and the United Nationalist Alliance (UNA) for the 2022 presidential elections.

Lacson, who has won two elections as an independent candidate, was inducted by party founder Renato de Villa, himself a former general like Lacson, and witnessed by former Speaker Pantaleon Alvarez, who yielded the chairmanship and became party president.

“While I have mixed feelings about what I have gotten myself into, I am ready and prepared, along with [Senate President Vicente Sotto III] to face the many challenges, including the looming ones that we haven’t discussed yet but I have full knowledge of,” he said.

The biggest challenge yet is the unity talks with NPC, chaired by Sotto, and UNA, founded by former Vice President Jejomar Binay, who has agreed to run for senator under the Lacson-Sotto ticket.

Lacson and Sotto met with Alvarez and Binay last weekend to discuss a possible “unity ticket” but Sotto clarified that he had yet to get the approval of NPC party members, of whom three are incumbent senators, 35 congressmen and seven provincial governors.

NPC, founded by tycoon Eduardo Cojuangco for his failed presidential bid in 1992, also has 96 other incumbent officials in various positions all over the country.

Reporma was also formed for De Villa’s presidential bid in 1998 but became dormant until Alvarez, who had a falling out with President Duterte, joined the party as secretary general and, later, chair.

UNA was founded as a multiparty alliance for the 2013 midterm elections, and was launched as a political party in 2015 by Jejomar Binay for his candidacy in the 2016 presidential election.

“We are open to alliances with other political parties who may be willing to work with us for change for the betterment of our country and people,” Lacson said.

Lacson also mentioned some issues which he believes will become big issues in next year’s May 9 elections.

He said a power shortage expected in the middle of next year and the “depressing educational crisis” confronting young Filipinos are among the biggest challenges that the country’s next aspiring leaders will face.

But Lacson said Reporma fit perfectly with the platform of government he formed with Sotto.

“I really like Partido Reporma because it fits perfectly with what I want to happen. And there are so many volunteers, unexpected from the business sector, from everyone. It’s encouraging,” Lacson said at the “Kapihan sa Manila Bay” news forum on Wednesday.

Lacson recalled that after being ousted as Speaker in 2018, Alvarez asked him to think about his plans for 2022, but Lacson insisted he still had no plans of running at that time.

After Alvarez toured the country under a movement to find real leaders for the 2022 elections, the former Speaker approached him again and asked whether Lacson would consider a presidential bid.

“I have a different feeling now,” Lacson explained. “Because, of course, the Senate President is there. Before, I didn’t even have a Vice President.

In June, Pangilinan said LP also reached out to Senators Nancy Binay and Joel Villanueva, and Manila Mayor Francisco Domagoso in the hope of fielding a unity slate against the Duterte administration.

But neither Lacson nor Pangilinan disclosed what was discussed in the meeting.

“All I can say is that we already talked,” Lacson said.