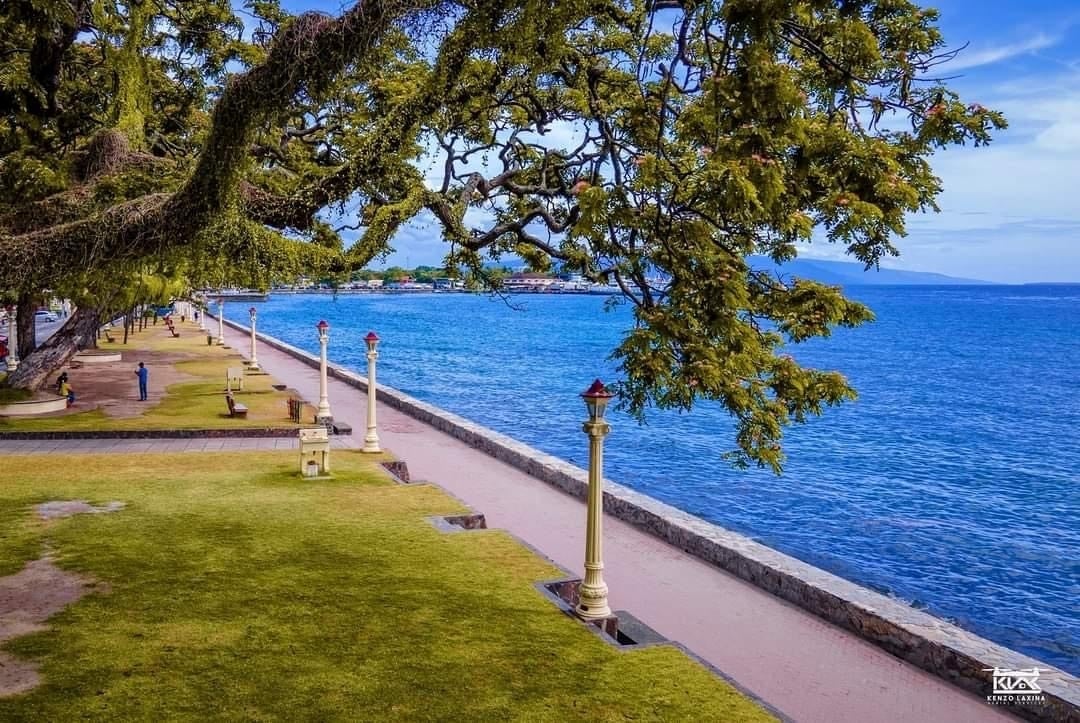 BEYOND THE BOULEVARD The waters off Dumaguete City’s scenic Boulevard host a thriving marine life that residents, scientists and other groups want to protect from a proposed massive reclamation project backed by the local government. —PHOTO COURTESY OF KENZO LAXINA

DUMAGUETE CITY—Sen. Risa Hontiveros has filed a resolution urging the Senate to investigate, in aid of legislation, the proposed 174-hectare reclamation project in this city.

Hontiveros noted the editorial of the Inquirer on July 22, which exposed the opposition of residents and different groups against the P23-billion project, citing economic, environmental and legal grounds.

“Considering the far-reaching implication of the project and its precedent-setting impacts, there is urgent need to investigate the project, and its avowed benefits against the costs, as well as to pursue potential reforms of our environmental laws and laws against graft and corruption, procurement, security and defense, public-private partnership, and antidummy and other relevant laws,” she said.

The project, dubbed “Smart City,” is envisioned to be a mixed-use commercial and residential area featuring shopping malls, condominiums, hospitals, business hubs and a docking port for a planned yacht club.

The resolution that Hontiveros filed on Tuesday also cited a statement from Philippine Association of Marine Science (PAMS), which warned how the reclamation project would bury coral reefs and seagrass beds.

PAMS said the reclamation would endanger the livelihood of more than 900 fishers and their families as well as affect the rich biodiversity of the region, including 150 species of corals, 200 species of fish, nine species of seagrass and 20 species of mangroves.

Hontiveros said the city’s reclamation would likely impede the natural flow of rivers and streams on Mt. Talinis and might worsen flooding in coastal villages of Dumaguete.

Hontiveros said there were no public consultations and public hearings “despite a clear requirement in the Dumaguete Public-Private Partnership Code of 2021.”

According to the senator, an initial check with E.M. Cuerpo’s profile showed that the construction firm has no established track record of reclamation work and has no financial capacity to engage in a P23-billion project.

The Inquirer tried but failed to reach both E.M. Cuerpo and Remollo on Thursday.

But in an earlier interview, Remollo expressed hopes that residents of Dumaguete would be “enlightened” about the actual objective of the project.

He said he would conduct a public forum online to explain the project to the people, some of whom, he claimed, were misled by some groups.

Councilor Rosel Erames, who was among those who opposed the project, welcomed Hontiveros’ resolution.

“We are very happy that the proposed project was able to gain national attention due to the opposition that keeps coming in. We are grateful to Senator Hontiveros for giving the matter serious attention,” Erames said.

The National Academy of Science and Technology (NAST), the country’s highest recognition and advisory body on science and technology, also joined calls of scientists and environmental advocates for transparency over the reclamation project.

In a statement, the NAST said any action to endorse and approve a project with significant environmental and socioeconomic impacts should be rescinded until there were transparent public reviews and consultations on all areas that would be affected by the project.

“It is incumbent on the proponents of the project to reveal to the public the technical, legal and due diligence reviews done on the sociology, ecology and the economics of the project,” the academy said on Thursday.

The government, it added, should hold public fora that will allow the discussion, scrutiny, verification and validation of documents relating to the project.

Citing a scientific study on shore fish survival in central Philippines, the NAST said the project would “negatively impact” the marine protected areas in Dumaguete, which had a total area of around 104 ha.

These protected areas, it said, are part of a system of coral reefs, seagrass beds and soft-sediment ecosystems that boost fisheries productivity, conserve marine biodiversity and support tourism, not just in Negros Oriental, but in the whole Central Visayas region.

“Environmental impact assessment on adjacent ecosystems, including those in neighboring islands, must be considered in the proposed [project],” the NAST said. —WITH A REPORT FROM JHESSET O. ENANO