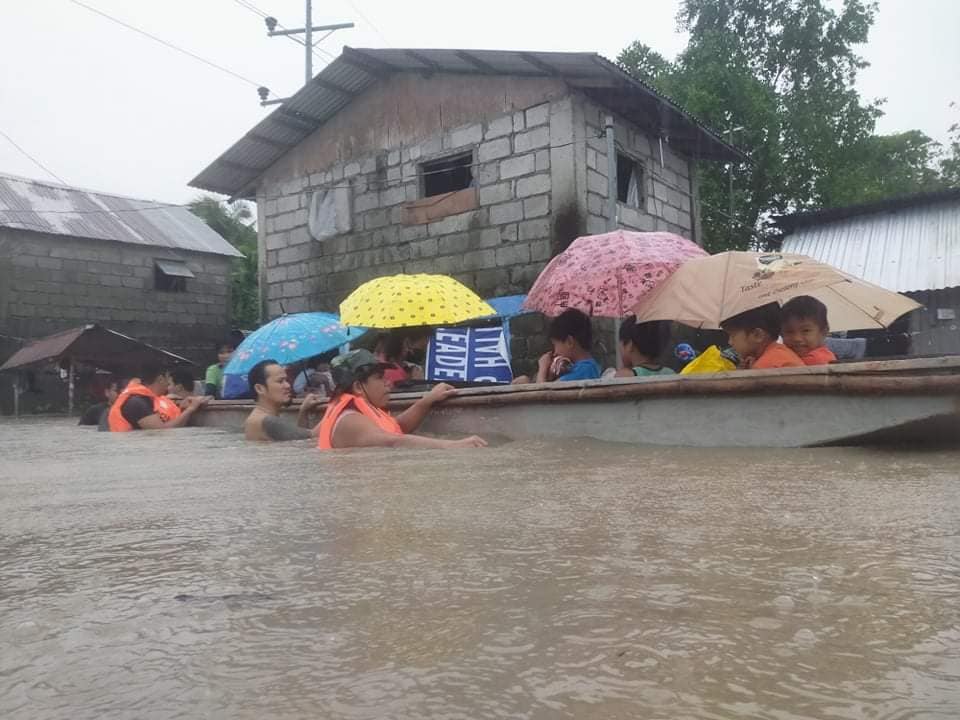 CITY OF BALANGA—More than 1,500 families in Central Luzon have fled their homes after massive floods triggered by incessant rains due to the southwest monsoon hit several cities and towns in the region on Thursday, officials said.

Floodwaters, reaching up to 1.82 meters (6 feet) in some low-lying areas, submerged at least 181 villages in Bataan province alone, reports from the regional disaster risk reduction and management council showed.

A heavy rainfall warning was hoisted over the province on Thursday morning due to the torrential rains.

More than 60 other evacuation sites in Bataan were put up to accommodate the displaced residents.

A covered court in Hermosa town was converted into an evacuation center due to chest-high floods. Villagers in Mariveles, Orani, Orion, Pilar and Samal towns experienced knee-deep floods.

In this capital city, rescue teams from the Bureau of Fire Protection and police used rubber boats to reach flooded villages and evacuate residents.

In Abucay town, the river dike in Barangay Laon collapsed due to rising water, threatening to submerge nearby residential areas. Another river dike at Barangay Calaylayan, also in Abucay, was damaged by the strong current.

In Olongapo City, overnight heavy rainfall caused some of its rivers to overflow on Thursday, flooding streets and residential districts.

Water level beneath the bridges in the villages of Sta. Rita and Mabayuan had reached the critical level, forcing the evacuation of families in flood-prone areas.

In Pampanga province, floods caused by monsoon rains and high tide had affected 51,464 families, or 224,232 people, in 10 towns as of Thursday. At least 405 families (1,493 people) sought temporary shelter in 34 evacuation centers in the province.

The local governments of Macabebe and Masantol placed their respective towns under a state of calamity due to the widespread flooding.

Water overflowing from Pampanga River in Candaba and Apalit in Pampanga contributed to the flooding, the PDRRMC said.

Originating from the uplands of Nueva Ecija, Pampanga River drains to 30 rivers in Central Luzon.

The damage to agriculture had already reached P118 million, the PDRRMC said. 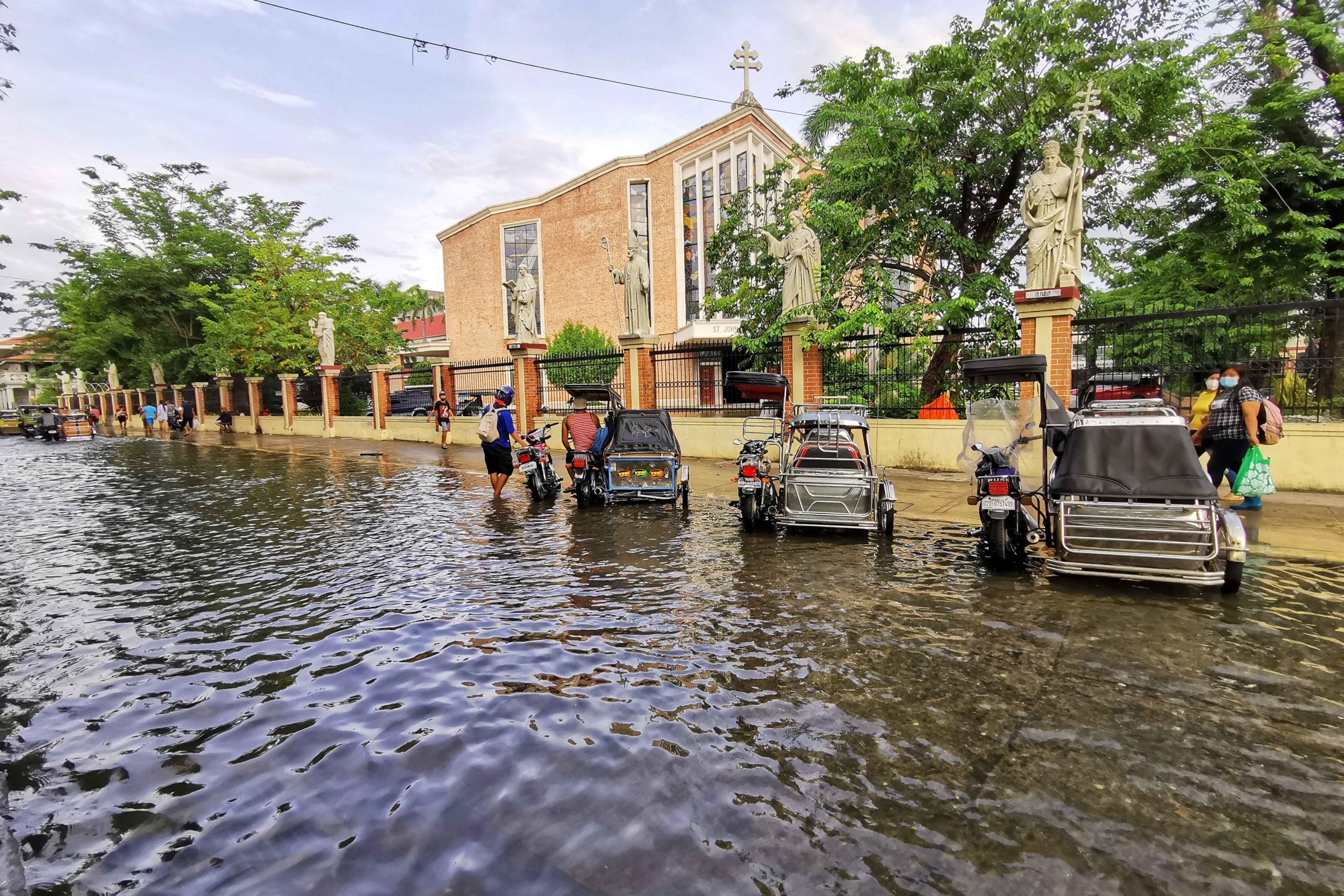 FLOOD AND TIDE The St. John the Evangelist Cathedral compound and its surrounding streets in Dagupan City are not spared from floodwaters, made worse by the high tide. Dagupan, a coastal city and a major business center in Pangasinan province, is crisscrossed by seven rivers and experiences perennial flooding during the monsoon season. —WILLIE LOMIBAO

In Dagupan City, low-lying areas, including the central business district, were also submerged in floods worsened by the high tide on Thursday.

The water that rushed down the mountain and drained to major rivers in the city also contributed to the flooding.

Despite the incessant rains, the elevation at San Roque Dam in San Manuel town, Pangasinan province, remained below the spilling level of 280 meters above sea level.

In Ilocos Norte province, the weeklong rains damaged at least P26 million worth of infrastructure, according to Gov. Matthew Marcos Manotoc.

At least seven towns and cities in the province had been affected by the torrential rains, displacing 247 families, Manotoc said on Wednesday.