PH may shut down Facebook if being used by 'trolls' vs gov't, critics – Gordon | Inquirer News
Close
menu
search

PH may shut down Facebook if being used by ‘trolls’ vs gov’t, critics – Gordon 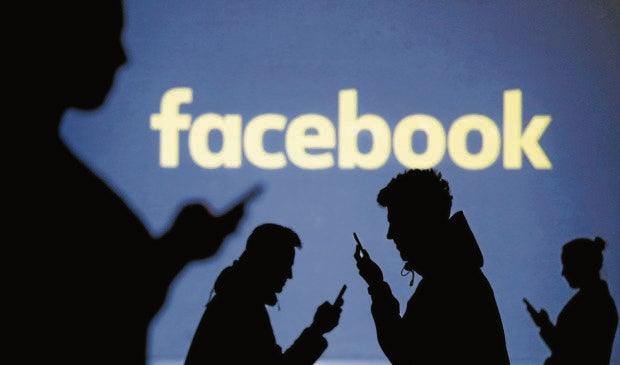 FILE PHOTO: Silhouettes of mobile users are seen next to a screen projection of the Facebook logo in this picture illustration taken March 28, 2018. REUTERS/Dado Ruvic/File Photo

MANILA, Philippines — Like China, the Philippines may close down  Facebook if it is only being used by “trolls” either to overthrow the government or attack its critics, Senator Richard Gordon said on Wednesday.

“That is why we have a bill that we should investigate whether public funds are being used for trolls. Everywhere we go, trolls are there.”

“And if we have to close down Facebook, if Facebook is being utilized para itumba ang gobyerno (to topple the government), we should do that. China does that. I mean, it would be unpopular but what the hell…” he continued.

According to Gordon,  the social media giant is also being used by trolls to attack administration critics and possible candidates in the upcoming elections.

The senator earlier said he is considering joining the 2022 presidential race.

Gordon was also among the 12 senators pushing for a Senate probe into allegations that public funds are being used to run so-called troll farms.

This comes after Senator Panfilo Lacson revealed last month that an “undersecretary” has allegedly started organizing at least two troll farms in every province to discredit administration critics and possible opponents in the 2022 polls.

“So you can just imagine if it materializes and using the resources of the government whether or not it is sanctioned by Malacañang—well I hope not and I don’t believe so— maybe overeager lang ‘yung official na ‘yun na magpakitang gilas sa kanyang ginagawa,” Lacson said previously.