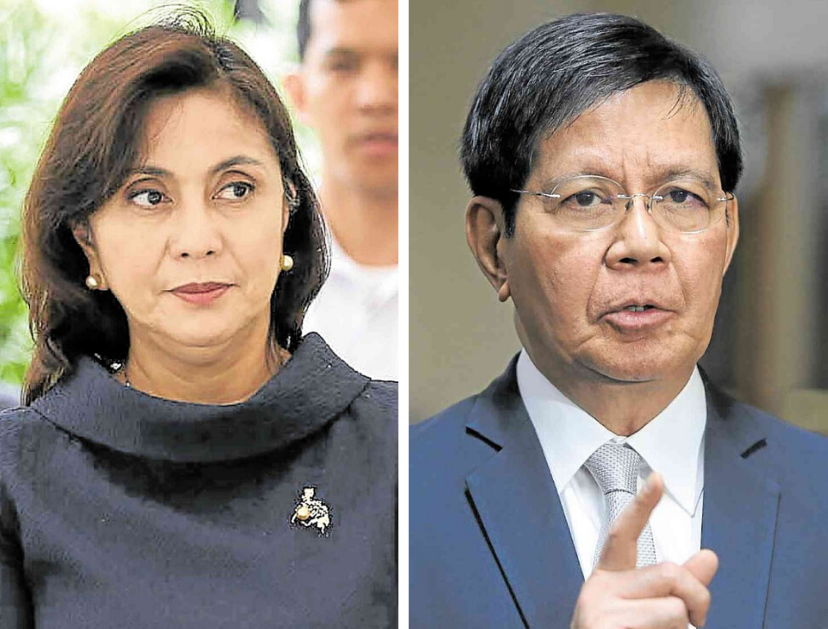 MANILA, Philippines — Former senator Antonio Trillanes IV warns Vice President Leni Robredo and the Liberal Party (LP) that no support will be expected from the Magdalo group if Robredo gives way to Senator Panfilo Lacson in the 2022 presidential race.

Trillanes on Wednesday singled out Lacson, whom Robredo met in the previous week to discuss a possible partnership or coalition for the 2022 national elections.

“VP Leni, I hope this is not true. Pero kung totoo ito, pasensya na po pero the Magdalo Group would not join you and LP kung mag give way kayo para kay Sen. Lacson,” the former senator said in a Facebook post.

(VP Leni, I hope this is not true. But if this is true, I am sorry but the Magdalo Group would not join you and LP if you would give way for Senator Lacson.)

(May I remind you also that Senator Lacson is one of those who pushed for the unjust imprisonment of your partymate, Senator (Leila) de Lima.)

VP Leni, I hope this is not true. Pero kung totoo ito, pasensya na po pero the Magdalo Group would not join you and LP…

Trillanes made the comment after Lacson and Senator Richard Gordon admitted in different interviews on Wednesday that they separately met with Robredo.

The Office of the Vice President later confirmed the meetings without giving details. However, Robredo’s spokesperson Barry Gutierrez said the meetings centered on forging a broad coalition to challenge the administration’s bet for the 2022 polls.

READ: Lacson bares talks with Robredo ahead of 2022 polls

READ: Gordon in talks with Robredo for possible ‘partnership’ ahead of 2022 polls

The LP, Robredo, and other factions in the opposition have expressed openness to forming a coalition and fielding a single candidate in the 2022 presidential elections to boost the chances of victory.

Last June 22, LP president Senator Francis Pangilinan said they are reaching out to Lacson and other possible presidential bets such as Manila Mayor Isko Moreno for the “broadest unity possible” come election time.

Gutierrez in the past admitted that the opposition will be facing a hard uphill battle against whoever candidate will be anointed by President Rodrigo Duterte’s administration.

As proof, surveys have shown that Duterte’s daughter, Davao City Mayor Sara Duterte-Carpio, is enjoying a wide lead over other possible opposition candidates