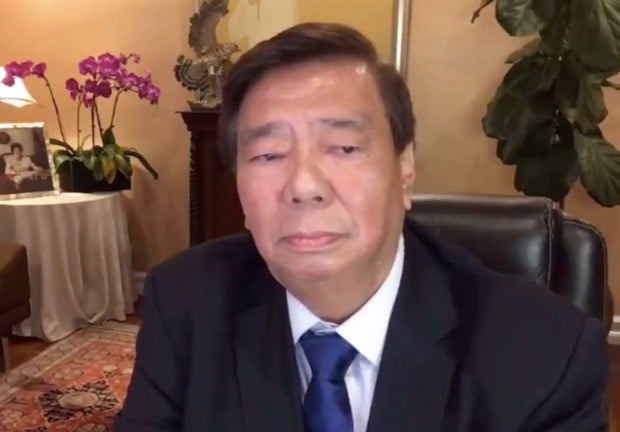 MANILA, Philippines — Senate Minority Leader Franklin Drilon said on Wednesday that senators — and even President Rodrigo Duterte himself — are not inclined to dance the economic “cha-cha” in the last year of the administration.

Drilon said even Duterte was aware that the proposed economic cha-cha was already “dead on arrival” in the Senate, pointing out that the President did not mention the issue in his final State of the Nation Address (SONA) earlier this week.

“The President delivered the longest SONA in the post-EDSA era for a total duration of two hours and 45 minutes. That’s the longest that I can remember. Not one minute was devoted to Cha-cha,” Drilon said in a statement, adding that economic cha-cha was “deliberately omitted” in Duterte’s final SONA.

“The signal is clear: in the last year of Duterte, he will not dance the cha-cha,” Drilon added.

Drilon likewise said that during their Senate caucus on Tuesday to discuss the legislative agenda for the third regular session, no senator proposed economic cha-cha.

“No chance that the Senators will dance the ‘economic cha-cha’ in the remaining months of the 18th Congress. Dancing the cha-cha is not in the Senate’s agenda,” Drilon said.

Drilon reiterated that there is “no need” for an economic cha-cha since its objectives can be achieved by enactment of various economic measures currently pending in Congress.

“The liberalization of the investment climate can be achieved in the major sectors of our economy by the enactment of the proposed amendments to the Public Service Act, the Retail Trade Liberalization Act, the Foreign Investment Act, and the other economic bills in the LEDAC (Legislative Executive Development Advisory Council) list,” Drilon said.

The Inter-Agency Task Force on Constitutional Reform (IATF-CORE) earlier called on the Senate to tackle the proposed economic Charter change before the period of filing of certificate of candidacy (COC) for the 2022 elections in October.

The House of Representatives has already approved the proposed Resolution of Both Houses No. 2 which seeks to amend the “restrictive” provisions of the 1987 Constitution.

The Senate, however, needs to approve the resolution for the push for economic Cha-cha to proceed.