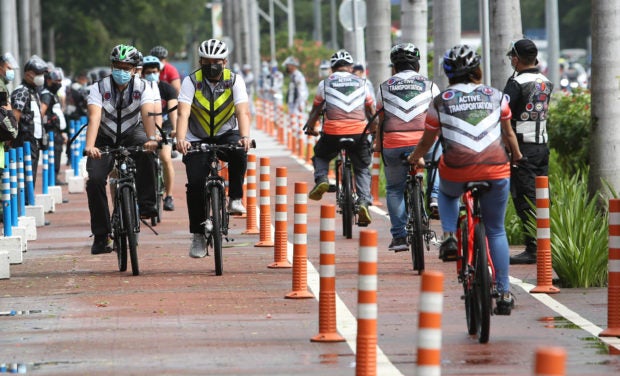 “With the completion of the bike lanes, cyclists are provided with safe spaces on the road as they pedal to work and to other places,” said Transport Secretary Arthur Tugade in a message read by Assistant Secretary Mark Steven Pastor during the bike lane’s inauguration.

The bike lanes have white and green pavement markings using thermoplastic paint, bollards bolted to the ground, bike symbols and signages, solar-powered road studs and bike racks to ensure the safety and convenience of cyclists.