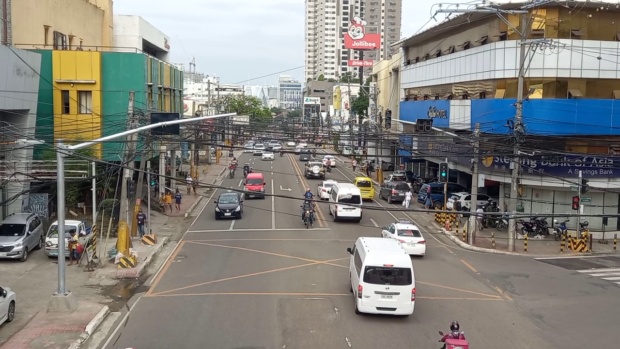 CEBU CITY, Cebu, Philippines — People who have yet to receive COVID-19 vaccines will not be allowed to enter shopping malls, convenience and grocery stores, and public markets in Lapu-Lapu City starting Aug. 25 as local officials impose stricter measures to stop the spread of infection.

In an executive order on July 26, Lapu-Lapu City Mayor Junard Chan said they needed to implement this to prevent a surge in COVID-19 cases in the city as well as to encourage people to have themselves vaccinated against the coronavirus.

But after learning about the policy, residents of Lapu-Lapu took to social media to air their disgust over Chan’s order. This prompted the mayor to issue an advisory on Facebook on Tuesday, saying the issue will be studied further.

“I will assess and weigh Section 4 of my executive order, and in the coming days, I will make a decision on this,” he said.

According to the Visayas Vaccine Operations Center, only 3.28 percent of Lapu-Lapu’s 497,604 residents had been fully vaccinated.

Aside from Lapu-Lapu, the two other major cities in Cebu also implemented heightened restrictions, including the reimposition of the liquor ban and the extension of curfew hours to curb the rising number of COVID-19 cases.

Acting Cebu City Mayor Michael Rama admitted there was a “steady increase” in the number of COVID-19 cases in the city, even reaching 308 new infections on July 24.

“Based on the data gathered by the Emergency Operations Center, it has noted an increase in the number of social gatherings in the city, which is a factor in the rising cases,” said Rama, who is acting local chief executive while Mayor Edgardo Labella is on medical leave.

“Considering the current situation, the city government deems it necessary to reimpose the liquor ban in order to prevent unnecessary gatherings,” he added.

The rise in COVID-19 cases in Cebu City has resulted in long lines of patients waiting to be confined at government and private hospitals.

In Lapu-Lapu, Chan also banned videoke and karaoke sessions even in private residences. Hotels and resorts are allowed to serve liquor to staying guests, but this will be delivered to and consumed only in their rooms.

Chan suspended all types of nonessential gatherings in his city, including Zumba, fiesta celebrations, general assemblies, work-related conferences, and training from July 26 to Aug. 25.

As of July 26, Lapu-Lapu City recorded 972 active cases while the cities of Cebu and Mandaue logged 2,174 and 733 cases, respectively, according to the Department of Health.