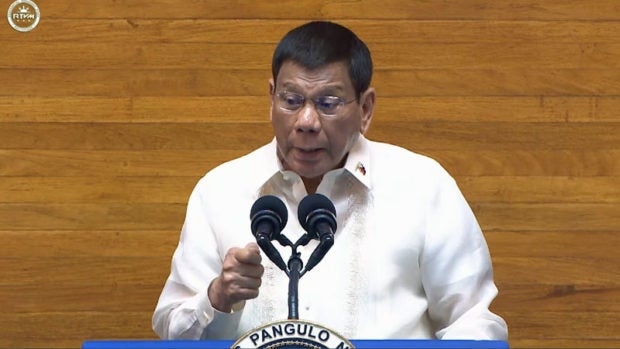 Duterte  made the revelation when he lamented during Monday’s Sona that he is fighting his own government in his war on drugs campaign.

(We will investigate this thing thoroughly. We will look into this and identify the ranking PNP officials involved in illegal drugs.)

(I repeat, there is no space for this organization for corrupt policeman, especially those who are involved in illegal drugs.)

In 2018, Duterte also named a police director and generals who are said to be involved in illegal drugs. All of them denied the allegations.