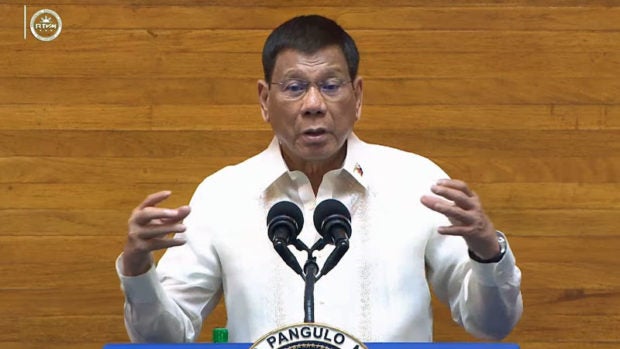 MANILA, Philippines — President Rodrigo Duterte could have cemented his legacy during his last State of the Nation Address (SONA) not just by crowing about his achievements but discussing his road map for the last year of his administration amid economic hardships and joblessness due to the pandemic, according to Sen. Grace Poe.

“As this is his last SONA, the President should not only have focused on what he has accomplished but rather what he still wishes to accomplish to safeguard the future of our country in terms of jobs, education, and healthcare,” she said.

“That in my opinion would leave a message of hope and a better legacy for our people,” Poe said.

She said what the Philippines needed now was the “assurance that there will be jobs in the near future and food on the table.”

READ: Duterte: For end of term, I have less visions, more remembrances | Duterte’s House allies to give ‘one last push’ to priority bills

“Our people are tired and hungry. What I believe we needed to hear was the plan moving forward. What’s the plan to restore the dignity of our people and provide opportunities for their future?” Poe said.

Sen. Francis Pangilinan expressed disappointment with Duterte’s inordinate focus on the war on illegal drugs and “not even spending five minutes to talk about the solution to hunger.”

“It’s a shame that after five years of him being President, the problem is still illegal drugs  which an excellent leader should have been able to resolve,” the Liberal Party president said in Filipino.

Sen. Juan Edgardo Angara, on the other hand, was pleased with the President’s “comprehensive speech” on his last SONA.

“Although the COVID pandemic hit us heavily, the foundation was laid for better lives for Filipinos – free college tuition, free healthcare for the poor, free irrigation for farmers, peace and order in Mindanao,” the chair of the Senate finance committee said.

Angara also cited reforms in the delivery of government services, such as the longer validity period for passports and driver’s licenses and shorter processing for various government permits.

“Although many are suffering still because of the pandemic, reforms in healthcare are contributing to a quicker recovery,” he said in Filipino.