We have taken away the misery of public commuting — Duterte 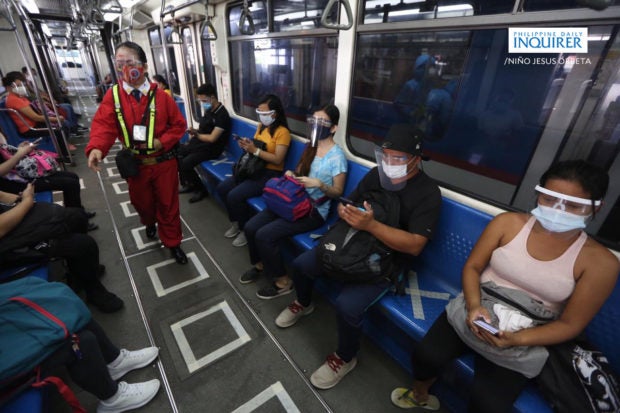 MANILA, Philippines — President Rodrigo Duterte claimed Monday that the government has “taken away the misery of public commuting” as he touted various infrastructure projects under his term.

In his final State of the Nation Address (SONA), Duterte said Filipinos can now see the “tangible results” of increasing funding for infrastructure programs—one of the projects the President specifically mentioned was the Metro Rail Transit Line 3 (MRT-3) used by thousands of commuters in Metro Manila.

“MRT-3, with its frequent breakdowns and unloading or passengers mid-rail was a horror. That was a deal that was for the daily commuters to endure in the past. Now, MRT-3, no longer unloads passengers [mid-rail], but to the destinations,” Duterte said.

“We have taken away the misery of public commuting,” the President added.

Duterte likewise touted other infrastructure programs in Metro Manila such as the extension of the Light Rail Transit Line 2 and the opening of the third stage of the Metro Manila Skyway.

“This decongested EDSA and other major roads in Metro Manila,” Duterte said.

The government also had infrastructure projects outside Metro Manila such as the passenger terminal building at the Clark International Airport as well as roads leading to free port zones, said Duterte.

Duterte’s claims, however, run counter with daily commuters who have complained of heavy traffic especially along EDSA. On Twitter, netizens were quick to disagree with Duterte, posting pictures of long lines in bus stops and terminals.