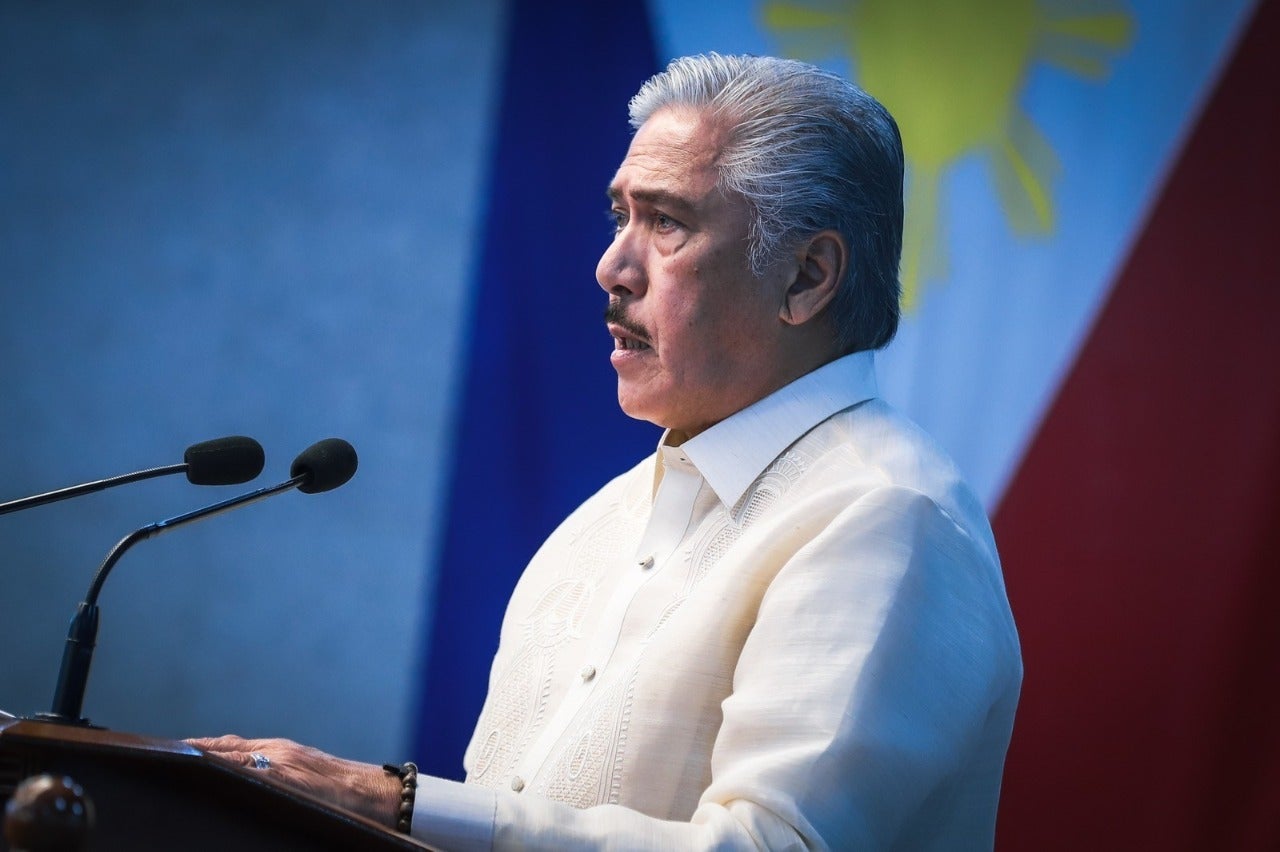 MANILA, Philippines — The Senate on Monday opened its third regular session of the 18th Congress ahead of President Rodrigo Duterte’s last State of the Nation Address (SONA) later in the day.

With 13 senators physically present and eight others virtually present, Senate President Vicente Sotto III banged the at 10 a.m. to open the session.

Only three senators were unable to attend the session. Senator Lito Lapid, who was late due to traffic, was not included in the official count of senators physically present.

Senator Manny Pacquiao, while present online, was also not counted since he is currently in the United States, which is outside the jurisdiction of the Philippines. Senator Leila de Lima is detained due to “trumped-up” drug-related charges.

The Senate and the House of Representatives will hold a joint session at 4 p.m. at the Batasang Pambansa to hear Duterte’s address to the nation.

In previous years, senators would open their session in the morning before traveling from the Senate building in Pasay City to the Batasang Pambansa, the headquarters of the House of Representatives, in Quezon City.

However, only eight senators from the majority bloc will physically witness Duterte deliver his SONA due to restrictions posed by the raging COVID-19 pandemic.

In its third regular session, the Senate seeks to prioritize the passage of several measures. 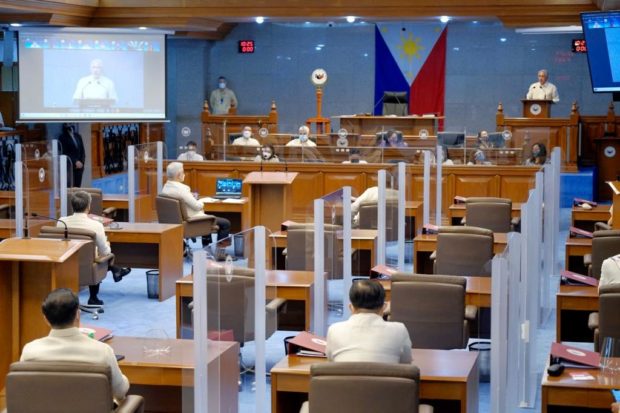 Senate Majority Leader Juan Miguel Zubiri also earlier said that the upper chamber will work on passing the Bureau of Fire Protection modernization bill, after the bicameral version was scrapped by the Senate due to a provision arming firemen.

The bill increasing the statutory rape age, the proposed Military and Uniformed Personnel Insurance Fund Act, the proposed Philippine Center for Disease Control and Prevention Act, as well as the proposed Bangsamoro Autonomous Region in Muslim Mindanao (BARMM) Extension Law and possibly the third Bayanihan law are also seen to be passed by the Senate.

Like last year, visitors and guests were not allowed inside the Senate premises due to strict health protocols and regulations.