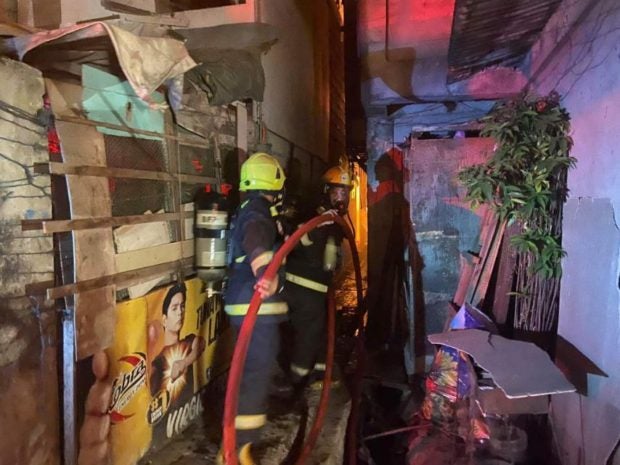 MANILA, Philippines — The Senate has voted down a motion to ratify a bicameral version of a bill for the Bureau of Fire Protection’s (BFP) modernization, citing concerns about a provision allowing over 2,000 firefighters to carry firearms.

Only 11 of the 22 senators present during Thursday’s session voted for the ratification of the bill’s bicameral version, a product of discussions between members of the Senate and the House of Representatives on the disagreeing provisions of each other’s version of the measure.

For a motion to be ratified, an “absolute majority” of 12 votes needs to be cast. Eight senators voted against the bicameral version, and three abstained.

Before this, Senate Minority Leader Franklin Drilon raised concerns over a provision that was introduced during the bicameral conference committee. This provision in question would authorize the purchase of firearms for some BFP personnel.

Drilon pointed out that the bicameral amendment was similar to the one earlier voted down by the Senate.

Dela Rosa, however, argued that the amendment earlier rejected by the upper chamber is “very different” from the one introduced in the bicameral meeting.

He said that the amendment struck down by the Senate authorizes all firefighters to bear short firearms only during fire emergencies and disasters.

According to Dela Rosa, the bicameral amendment, which was introduced by their House counterpart, only allows members of the proposed protection and security unit within the BFP to carry firearms in order to “protect their comrades during fire operations.”

He cited instances during fire emergencies wherein distressed homeowners would take a fireman’s hose by force.

“Kakaunti lang po ang number ng firefighter na allowed to carry firearms. Only 2,282, which is about 7.5 percent of the total strength of the BFP, which is 30,290,” Dela Rosa said.

“Out of that 30,290, 7.5 percent lang po ang maiissyuhan ng short firearms who will compose the city and regional protection and security unit,” he added.

Dela Rosa says there are no plans yet to purchase firearms for BFP personnel. If they were to procure, P79 billion is needed to purchase a pistol worth P35,000 for each of the 2,282 firemen.

“Right now they are not contemplating and even in this bill they are not requesting funds for the purchase of firearms. Maybe after COVID-19 if funds will allow, then maybe they will procure,” he said.

Still, Drilon stressed the mandate of the Senate contingent—led by Dela Rosa—“not to allow any provision which can be interpreted to arm our BFP personnel.”

“It was the collective judgment of the Senate that it should not be allowed…It is very dangerous if we allow our Senate contingent to go against the policy adopted by the Senate,” the minority leader said.

While he insisted on the Senate version of the bill during the bicameral meeting, Dela Rosa said he has to reach a compromise with the House contingent in order to avoid a “deadlock” and for the measure to move forward.

Further, he stressed the need to protect BFP personnel. “Why can’t we give a little protection to those people who are giving us protection?”

Senator Pia Cayetano, who was interpellating Dela Rosa, cited a provision of the proposed law that would empower the BFP to request assistance from the police or the military.

“So I assume, this being the main job of the PNP (Philippine National Police) and the Armed Forces (of the Philippines), they will be the one giving them protection,” said Cayetano.

Cayetano voted against the Senate amendment before and abstained from voting on the ratification of the bill’s bicameral version on Thursday.

“This is so open-ended. When his honor insists that this provision is not the same, it still feels pretty much the same to me because the limitations his honor mentioned are not written into the [proposed] law,” she said.

“In the budget process, if this administration wants to increase the firearms and to put a chunk of it in the firemen, there’s nothing in the law that prevents that, that is my worry,” she added.

The bicameral committee report will be reverted to Dela Rosa’s public order committee. Senate President Vicente Sotto III said the chamber will ask the House to convene a contingent for another bicameral conference committee.