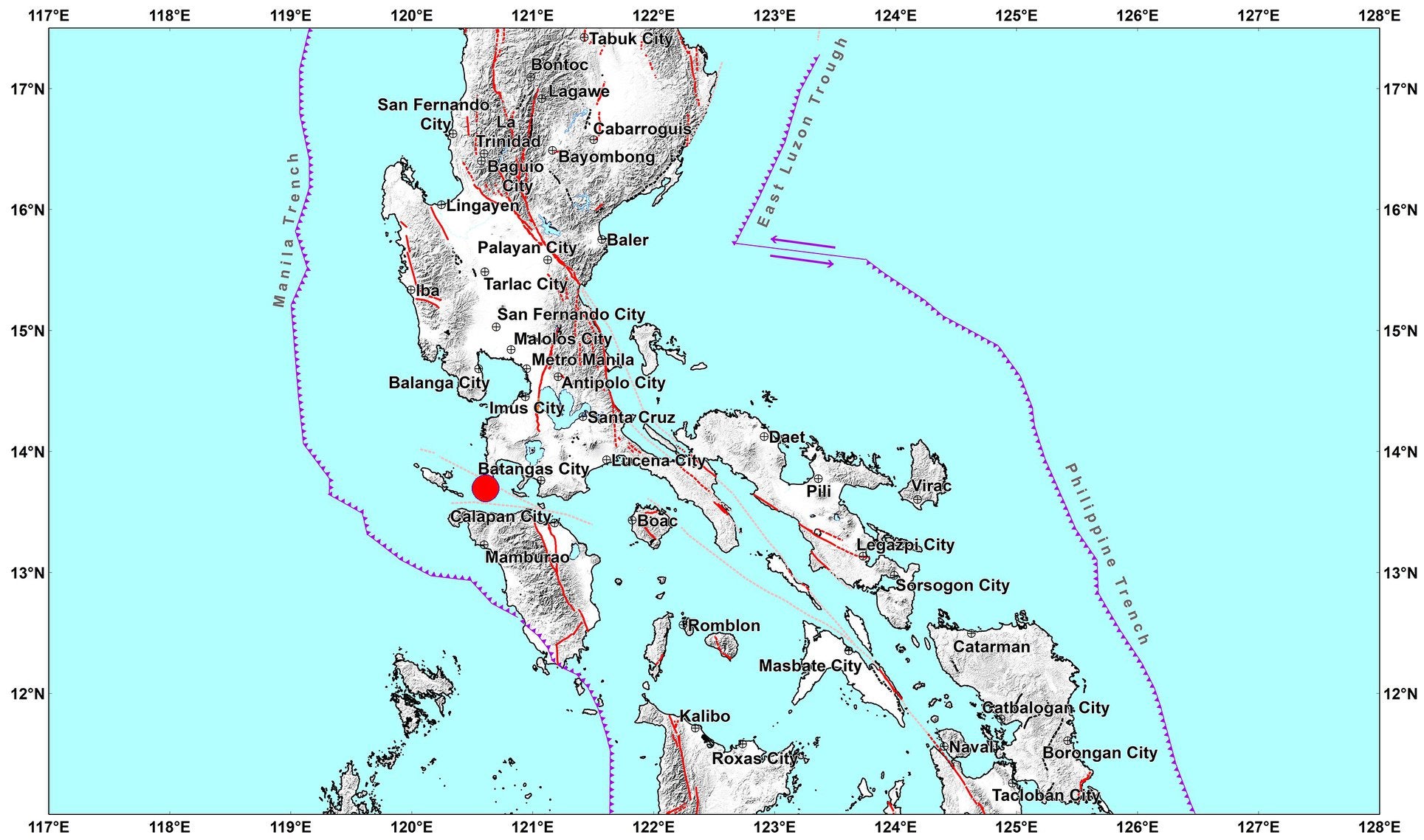 Phivolcs said it traced the epicenter of the earthquake 16 kilometers southwest of Calatagan, Batangas. It had a depth of 116 kilometers.

The earthquake, recorded at 4:49 a.m., was of tectonic origin, according to Phivolcs.

Phivolcs Director Renato Solidum Jr. added that due to the earthquake’s depth, there is no threat of a tsunami or tidal wave.

Some parts of Metro Manila and nearby provinces like Laguna, Bulacan and Rizal also experienced tremors.

Subsequently, another earthquake hit the same area of Batangas at 4:57 a.m., and its magnitude was recorded at 5.1 with a depth of 107 kilometers.

Phivolcs added that while no damage is expected, there may be aftershocks.

The following earthquake intensities were  registered in these areas: