Group reminds local government ‘that any development that will curtail or cause massive environmental destruction is not development at all’
By: Karlowe Brier - @inquirerdotnet
Inquirer Visayas / 05:04 AM July 24, 2021 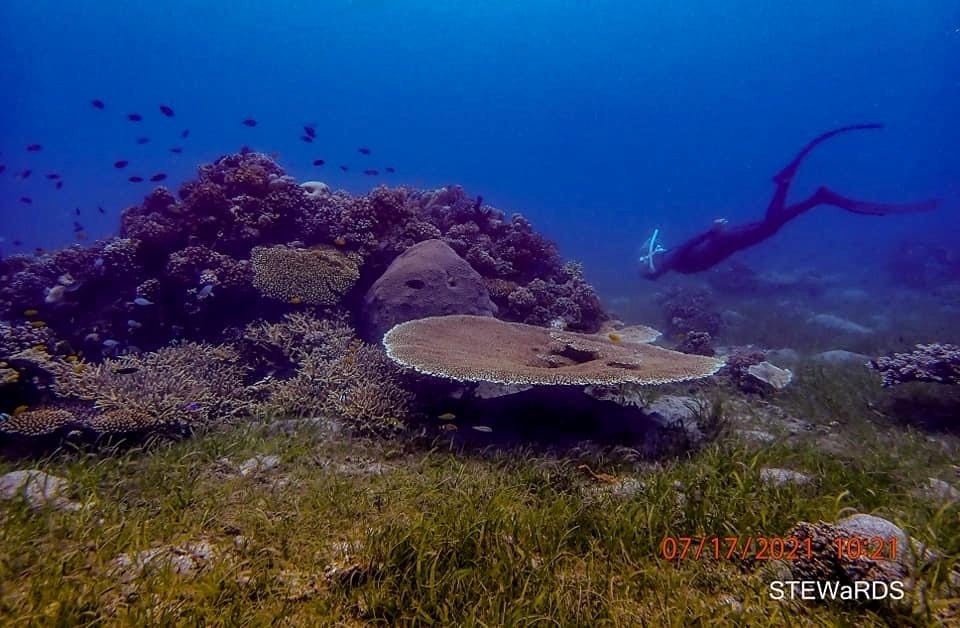 TEEMING WITH CORALS This underwater photo taken on July 17 just off the coast of Dumaguete City shows the rich marine life in the city’s waters now threatened by a proposed 174-hectare reclamation project. —PHOTO COURTESY OF STEWARDS-SILLIMAN UNIVERSITY INSTITUTE OF ENVIRONMENTAL AND MARINE SCIENCES

DUMAGUETE CITY—The World Wide Fund (WWF) for Nature in the Philippines has added its voice to the growing number of organizations and individuals who expressed concern and opposition to the proposed 174-hectare reclamation project in this city.

The WWF-Philippines, which is part of the Switzerland-based international conservation organization, urged Dumaguete officials to rethink their plan to reclaim their coastline.

“What we want is just to remind the local government of Dumaguete that any development that will curtail or cause massive environmental destruction is not development at all. If it causes nature to fail then it is not of service to anyone, to the communities, to the biodiversity,” said Angelica Pago, communications manager of the WWF-Philippines, in a phone interview on Friday.

In a separate statement, the WWF said the waters of Dumaguete were teeming with marine life and engender a strong sense of place to its people.

If the reclamation project pushes through, the group said 36.20 ha of coral reef are expected to be lost.

It will also affect the nearby Tañon Strait, the largest marine protected area in the Philippines and home to many species of whales and dolphins.

“We believe in the local government of Dumaguete’s ability and capacity to choose instead an enlightened way forward. We strongly hope that the (local) government finds the courage to work with the voices who want Dumaguete to succeed and be a brilliant example in the country on what it genuinely means to work with nature and be in the service of life,” it said.

An environmental lawyer has also threatened to file criminal charges against government officials who will enter into an agreement with an “unqualified” contractor for the proposed reclamation project.

Lawyer Golda Benjamin said she would also include those who had a hand in the deal, including members of the public-private partnership selection committee and the city councilors who gave authority to Mayor Felipe Remollo to sign a memorandum of understanding with E.M. Cuerpo Inc.

“It is a crime to enter into a contract with unqualified companies. E.M. Cuerpo is one of them,” she told the Inquirer over Facebook messenger on Friday.

According to Benjamin, E.M. Cuerpo is not qualified since reclamation is not one of its businesses based on the company’s records at the Securities and Exchange Commission.

It is also not financially qualified because it has a net worth of only P1.4 billion, way below Dumaguete’s reclamation project which costs P23 billion.

The Inquirer tried but failed to reach Remollo and E.M. Cuerpo on Friday.

In an interview on Thursday, Remollo announced he would be conducting an online public forum to explain the reclamation project to the people who he said were misled by some sectors of society.

Voting 6-5, the Dumaguete City council granted Remollo on Wednesday the authority to enter into an agreement with E.M. Cuerpo Inc. for the city’s reclamation project.

This, however, did not sit well with environmentalists, youth groups and residents who continue to oppose the project which they said was “deliberated hastily and would destroy marine life in the city.”