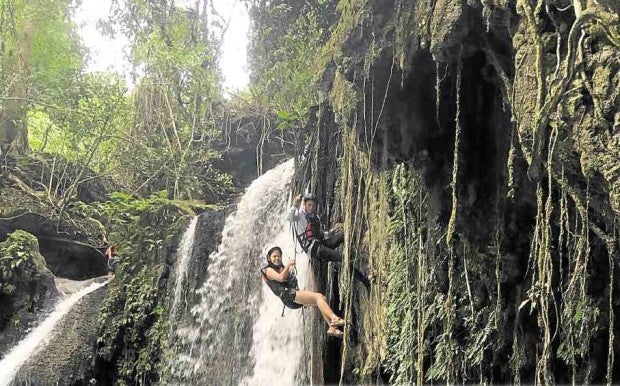 CEBU CITY––Cebu Gov. Gwendolyn Garcia has pushed for improved services and guidelines at the famous Kawasan Falls in Badian town, south Cebu after visitors and vloggers raised some complaints.

Garcia met last week with a group of complaining tourists and the local government of Badian to iron out differences which became a local trending topic on social media in the province.

“The municipality of Badian has acknowledged that there is room for improvement. You have to improve so that more people will want to go (to your place),” Garcia said.

She was with her friends when they visited the falls.

One of the complaints was the P200 payment for tour guides, among other fees, which the visitors claimed were costly.

There was also no clear explanation on how the Badian local government arrived at the costs, the visitors added.

Badian Tourism Officer Donald Villarin explained to Garcia and the visitors that there was just a miscommunication. He promised to improve their explanation of the rationale behind the guidelines, protocols, and fees.

Villarin admitted that there may have also been a lack of information dissemination on the new fees under the new normal, which caught visitors by surprise.

Garcia believed that visitors need to be informed so they would understand the reasons behind the fees and where the money would go.

The cost of enjoying Kawasan Falls ranges between P200 and P350 depending on the package availed of by the visitor.

The fees also include the share of the three barangays, where Kawasan Falls and the Matutinao river are located. There is also a mandatory fee of P50 for the rent of sanitized life vests.

It also includes a P200 tour guide fee for a group of seven people.

During the meeting, it was revealed that the tour guides get an income of P170 per group of five persons. The P30 goes to the association or cooperative.

The municipality has promised to continue amending the guidelines, taking into consideration the complaints of visitors.