Catholic school in US sued for allegedly embracing ‘woke culture’ 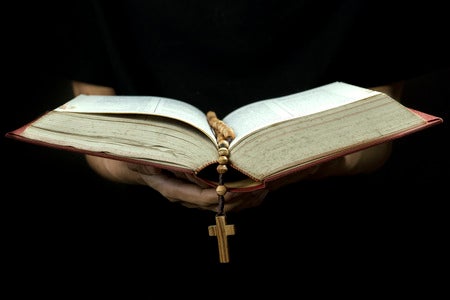 A Catholic school in Florida in the United States is being sued by a couple, whose daughters were its former students, for allegedly embracing the “woke culture.”

Ironically, Anthony and Barbara Scarpo had “cherished” the Academy of Holy Names and even pledged to donate $1.35 million to the school back in 2017, as per Tampa Bay Times on July 7.

The school even renamed its auditorium “Scarpo Family Theatre” to honor the Scarpos, whose donation was meant to be used for the school’s master plan and for scholarships.

Now, however, the couple accuses the school of fraud and of having “lost its way” by veering away from mainstream Catholicism and adopting the “woke culture,” according to the report.

In the 35-count, 45-page lawsuit filed on June 26, they accuse the school of prioritizing “gender identity, human sexuality and pregnancy termination among other hot button issues” related to the “woke culture.”

The couple also claims that the school is making students feel guilty of being white and of having money to pay for tuition, according to the report.

The Scarpos are demanding the school to return their pledged donation, to stop branding itself as a Catholic institution, as well as for the Florida Catholic Conference to stop recognizing the school.

They also want the tuition they paid to be refunded and to be donated to Catholic charities of their choice.

The Academy of Holy Names has denied the accusations. The lawsuit has also been labeled a publicity stunt by Tampa lawyer Gregory Hearing in his letter to the Scarpos’ lawyer, Adam Levine.

“We can discern no motivation behind the lawsuit other than attention-seeking by your clients, and a desire by you to build a brand,” Hearing was quoted as stating.

If the Scarpos push through, Hearing said the academy may also file a countersuit asking them to pay the remainder of their pledge, according to the report.

“For a court to delve into whether the substance of matters taught by a Catholic school are consistent with a Catholic education would entangle the court in excessively religious matters, and thereby violate the Establishment Clause of the U.S. Constitution,” Hearing stated in the letter.

“That we should need to educate you on this is absurd,” he added.

One of the Scarpos’ daughters has already graduated from the Academy of Holy Names, while another one was transferred to different school.

Just last week, however, Academy of Holy Names alumni penned an open letter against the lawsuit and defended the said school, the newspaper reported on July 17.

“We stand behind teachings of diversity, equity, and inclusion,” alumni Keri Kelly, Elizabeth Dolan and Allie Reichert were quoted as saying in the letter.

As of last Friday, July 16, the letter has been signed by over 430 alumni including those from other academies in Seattle and New York run by the Sisters of the Holy Names of Jesus and Mary, according to the report. Ian Biong /ra