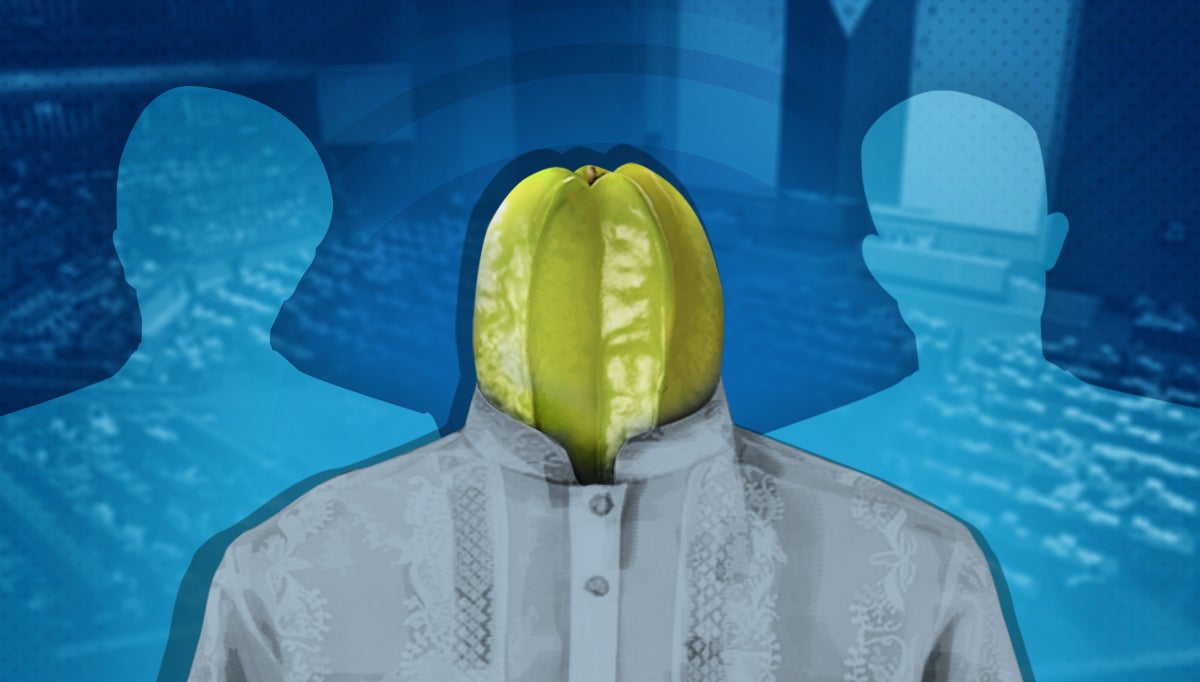 MANILA, Philippines—The coming elections next year serve as a signal for Philippine politicians, the butterfly type, to fly in search of their nectar—the potential presidential candidate most likely to win.

The terms political butterfly, balimbing and turncoats are commonly used by Filipinos for politicians who change sides depending on expediency, financial gain or proximity to the center of power, the presidency.

Most butterflies tend to flit toward the political party that would dominate elections regardless of principles or despite those.

In the Philippines, following the downfall of the Marcos dictatorship, it has become common practice for legislators and other elected officials to switch allegiance to whichever party is represented by the winning candidate for president. 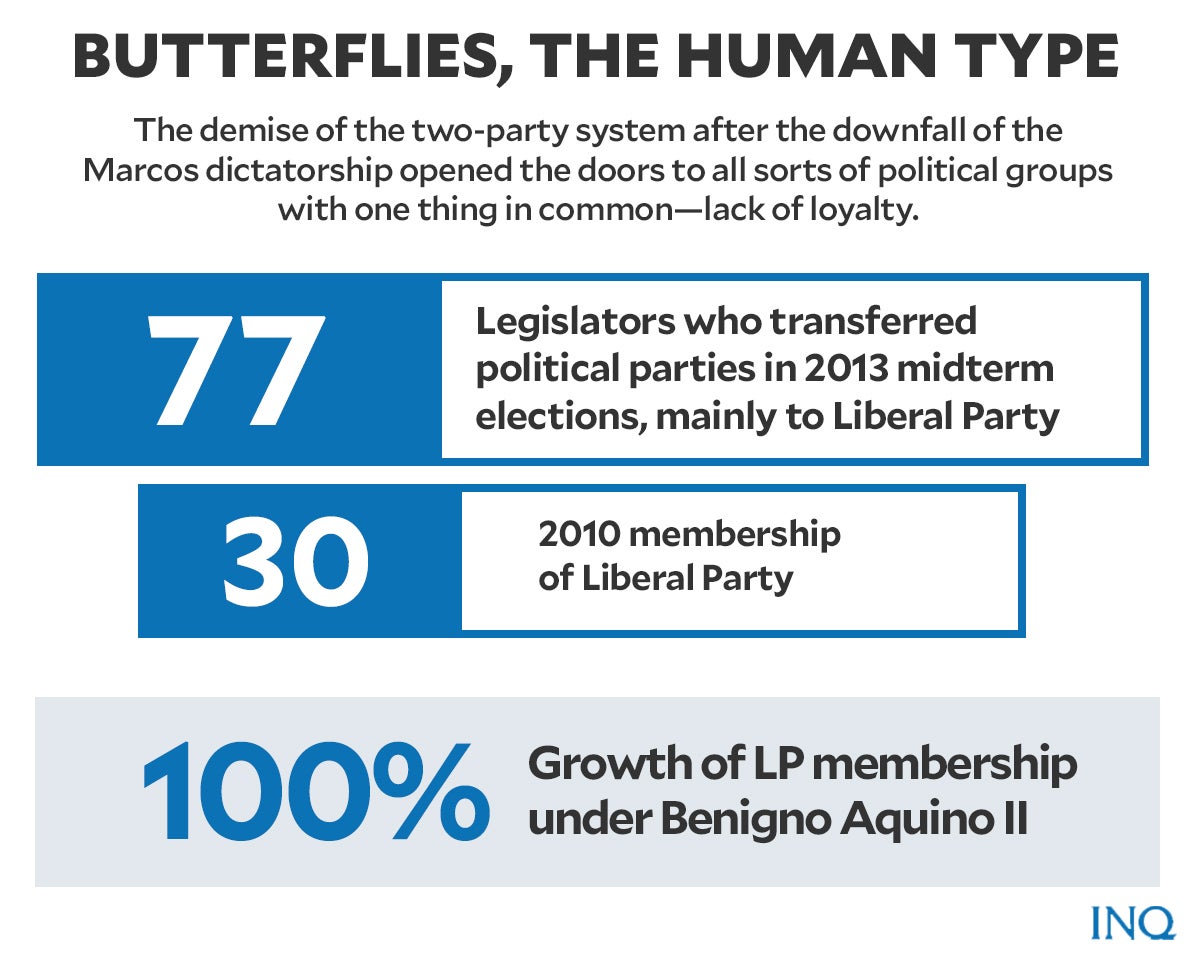 During the 2013 midterm elections, at least 77 legislators moved to different parties. A huge number of reelected representatives moved to the then-ruling party—Liberal Party (LP).

From under 30 in 2010, the LP more than doubled in membership by the end of the midterm elections. Majority of those who transitioned and switched to LP were from Lakas-CMD, the leading party during former President Gloria Macapagal Arroyo’s administration. 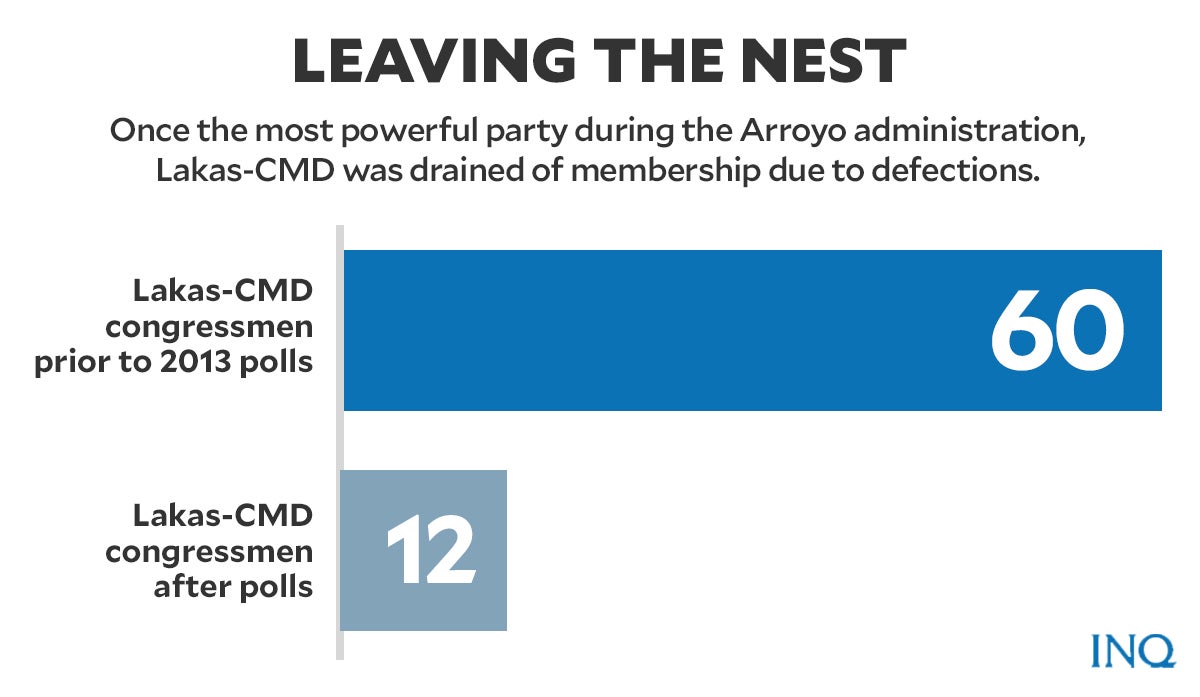 Some of Lakas members dispersed to National Unity Party (NUP) and Nationalist People’s Coalition (NPC). From then over 60 representatives, Lakas-CMD was left with only 12 by the end of the elections.

As the late Benigno Aquino III ended his term in 2016, LP continued to gain more members in the House of Representatives.

From at least 85 members in 2013, the number increased to 97 as 12 reelected lawmakers for the 16th Congress switched parties.

In May 2017, 10 lawmakers have jumped ship to the ruling party. Five of those were from LP, two from Nacionalista Party (NP) another two from NPC, and one from Lakas. 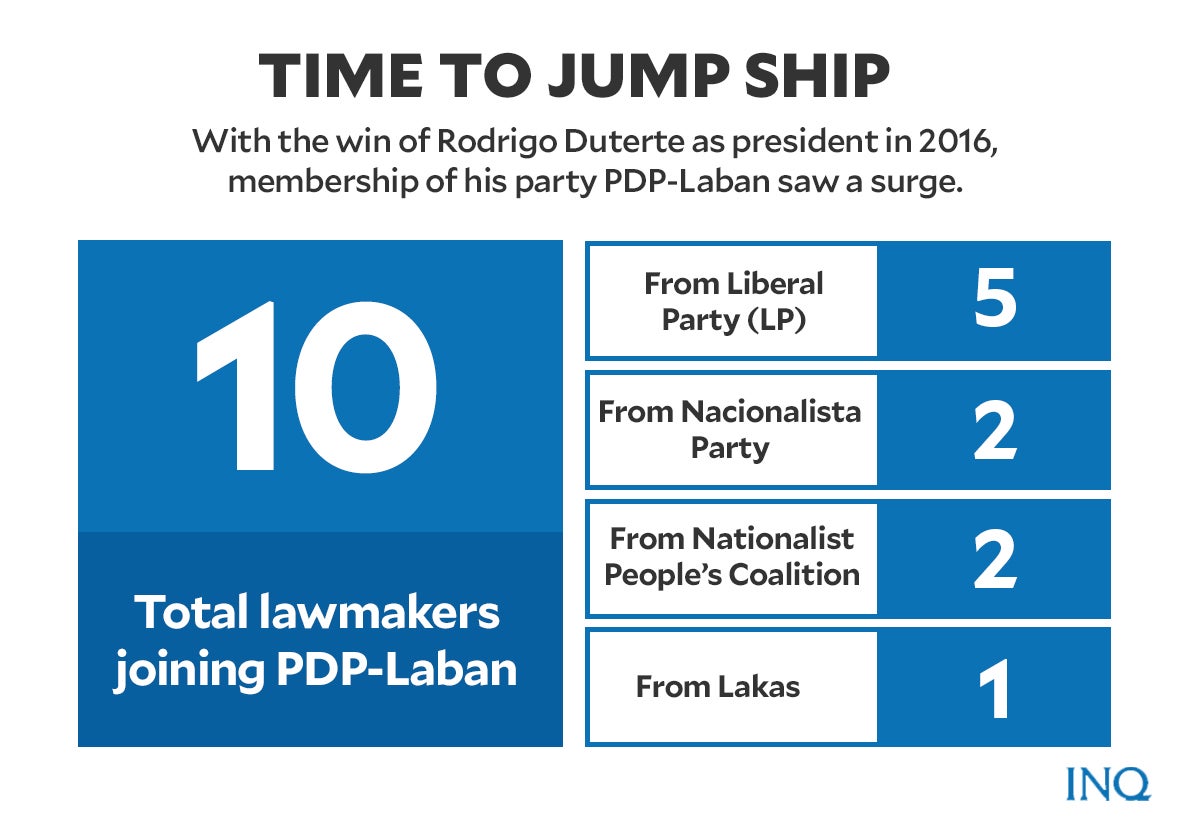 In a speech in 2018, Duterte said it was usual practice in Philippine politics to flock to the winning side.

“It’s not your fault that you are with me,” Duterte said then.

“Because that is the culture of politics everywhere, that whoever wins, people move to his side, even the incumbent mayors, because you want to help,” Duterte said.

“So sometimes, it’s not really opportunism, but rather, that is really the politics of our times,” he added.

The shakeup in the House of Representatives brought the hold of PDP-Laban to 121 prior to the 2019 local elections.

The party continued to welcome new members from other groups in the current 18th Congress.

PDP-Laban: From fighting dictatorship to fighting each other

Alvarez said instead of being seen as balimbing or political butterflies, the newest members of PDP-Laban should be considered as Duterte allies who wanted to be with the “coalition for change.”

“We all know that our President’s objective is to institute meaningful change in our country,” Alvarez said then. “The change he was saying during the campaign and the need for support from congressmen to me I don’t look at it as balimbing but love of country,” he said in Filipino.

“Because if you believe in the President’s programs, you support, there’s no other agenda but the good of the Filipino people,” he said. “I look at this as love of country,” Alvarez said.

Some lawmakers, however, believe that it was already time to clip the wings of political butterflies to “level the playing field” for political parties.

Drilon was among those who stayed with LP when several members shifted support to the Duterte administration.

“Most political aspirants change political parties for convenience, rather than because of conviction,” Drilon said in a statement.

“This only shows the lack of ideological commitment of the members of party because they choose parties based on the rise and fall of the tide of opportunity,” he said.

According to the senator, the bill will primarily penalize political turncoats by barring them from running under any party for any elective position in the succeeding election after changing party affiliations.

“Certainly, anti-turncoatism is also needed by our country because there are so many balimbing in the political scene,” said Rodriguez, who chairs the House Committee on Constitutional Amendments.

Aside from switching parties, another way to gain leverage from the ruling political party is by forming a coalition or alliance.

Ahead of the upcoming 2022 National and Local Elections, 1Sambayan, a pro-democracy coalition, was recently launched with a lineup of candidates from different parties.

“They’ve been tested and everybody’s saying kulelat sila. So, we have to offer a better alternative for people because we don’t want the same thing to happen again in the next six years,” he said.

Among the political parties that renewed alliance with HNP were the Lakas-CMD and NUP.

Amid infighting, PDP-Laban said it is open to adopting the Davao mayor as its standard-bearer should her father decide to run as vice president and pick her as his running mate.

PDP-Laban open to adopting Sara as its 2022 front-runner

Pacquiao out, Cusi in as PDP-Laban president