PDP-Laban open to adopting Sara as its 2022 front-runner 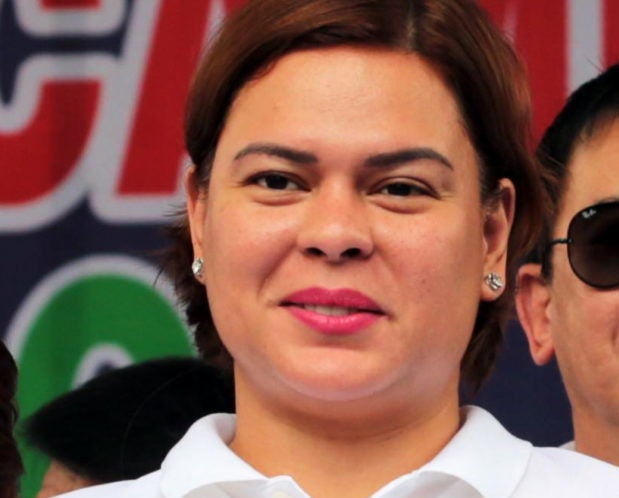 MANILA, Philippines — The ruling Partido Demokratiko Pilipino-Lakas ng Bayan (PDP-Laban) may adopt an outsider like Davao City Mayor Sara Duterte as its standard-bearer in the 2022 elections should President Duterte run for vice president and pick her as his running mate, Energy Secretary Alfonso Cusi said on Tuesday.

The younger Duterte, however, would have to go through the formal selection process, said Cusi, the party vice chair who was earlier expelled by a rival faction but whose leadership continued to be recognized by Mr. Duterte, the PDP-Laban chair.

The Davao mayor, despite expressing her openness to running for president next year, has ruled out the possibility of joining any national political party. She chairs the regional Hugpong ng Pagbabago party in Davao.

Cusi’s group has been egging her father to seek the country’s No. 2 post next year and to select his running mate.

“Now, if the President chooses someone who’s not from PDP, then there’s a process for that. We’re still going to subject that to the process and the party will make the decision,” Cusi said.

“Whoever the President chooses, because he is the party chair, of course, as I said earlier, it will go through the process … then the party will adopt it,” he added.

But in his regular public address on Monday night, Mr. Duterte said he remained opposed to the idea of his daughter running for president next year.

According to him, he does not want her being targeted by his political opponents like former Sen. Antonio Trillanes IV and Sen. Leila de Lima.

“My stand is I am against, really, the candidacy of my daughter. I want her spared from the vagaries of politics here in the Philippines, especially the personalities around in the likes of Trillanes, De Lima. They do nothing but attack their fellow man,” the President said.

He added that he would prefer that his enemies win the elections next year rather than see her run. With them in power, they would see how hard it was to run the government, he said. “And after all your hard work, you will face never-ending criticism because they can never be satisfied. They can no longer be appeased by anything except that they are hungry also for power,” he said.

His daughter could run for President some other time lest she just be disrespected, he said, adding: “So as a father, I would not want that to happen to my daughter.”

As for his supposed plan to run for vice president, Mr. Duterte said it was just meant to scare his opponents.

Still, he was open to the idea, saying that if it would do the country good, “I will do it.”

“If it does not contribute anything to our Republic, then never mind, we will just waste time and you also contribute to the conundrum of the moment,” he said.