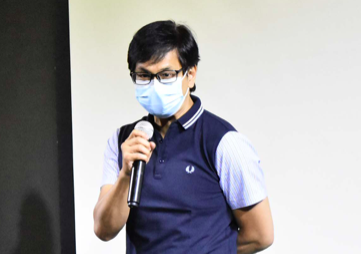 MANILA, Philippines — The Metro Manila Council (MMC) has set a 50 percent capacity limit for outdoor areas and defined parks where children at least five years old are allowed to frolic.

According to Metropolitan Manila Development Authority (MMDA) Chairman Benhur Abalos, metro mayors decided to place the limit for outdoor areas as well as define what a park is to make sure transmission of the coronavirus would be kept at bay and avoid confusion.

(Capacity is important, it is stated in that resolution that it should not exceed 50 percent capacity. Why? Because beyond that might be a superspreader event.)

The Inter-Agency Task Force for the Management of Emerging Infectious Diseases (IATF) has allowed children aged five and above to go outside as long as they reside in areas under the general community quarantine (GCQ) and modified GCQ, and are accompanied by adults.

Abalos said the MMC defined what a park is because IATF’s definition of it was too broad and might confuse the public.

(Number one for us is to define what park really means because IATF’s definition was too broad. The definition of parks for IATF is no walls, no roof, like Luneta park etc.)

(We’d better define park as anything without a roof, al fresco, where there is continuous flow of wind and even if it has walls, let’s say it’s outside the malls.)

Under the IATF guidelines, outdoor areas were defined as “those that allow free air movement from all directions and may be covered by a roof, supported by posts, and not surrounded by walls.”

Octa supports allowing out children aged 5 years and up, but ‘with caution’