Duterte-Duterte a political dynasty? ‘This is an electoral process’, says HNP exec 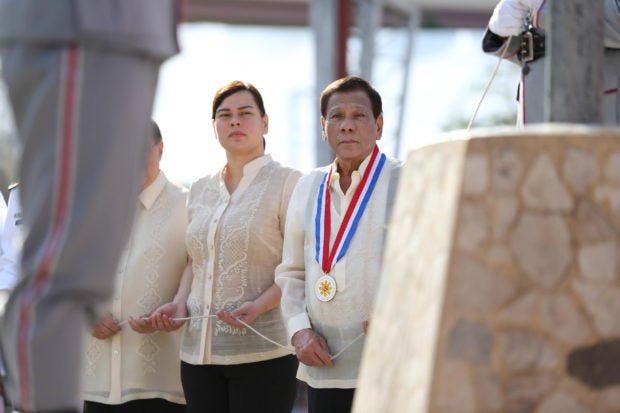 MANILA, Philippines — A possible Duterte-Duterte tandem taking over the country’s two highest posts is not a political dynasty as the people elect them, an official of Hugpong ng Pagbabago (HNP) said Wednesday.

Duterte-Carpio is the chairperson of the HNP.

“Kami sa HNP, hindi kami naniniwala na political dynasty itong nangyayaring ito. After all this is an electoral process, pagdating ng 2022 elections and everybody is free to vote whoever candidate they vote for,” Del Rosario said in a press briefing.

Del Rosario said that as long as the public can exercise their right to vote, “I don’t see why it should be a political dynasty.”

“Everybody has the right and they can vote for whoever they want, nasa kanila na po,” Del Rosario said.

Concerns over political dynasty were further fueled by the Dutertes leading the recent Pulse Asia survey which showed the Davao City mayor ahead in the presidential and her father, President Duterte, as the frontrunner in the vice presidential race.

Such survey results, del Rosario said, could indicate that the public wants to continue the Duterte governance.

“If dito sa Pilipinas, each candidate is voted separately so kung maganda ang napakita ni Presidente Digong during his term as president of the country, it follows and people would like to see this kind of governance continue on,” Del Rosario said.

“And maybe that’s why we are seeing in the most recent Pulse Asia survey where you can see both daughter and father topping the survey,” he added.

Nonetheless, in the same press briefing, Del Rosario said Duterte-Carpio is “not interested” in running with her father as a tandem.

“Nabanggit din ni Mayor Sara that she’s not interested and she does not see a Duterte-Duterte tandem,” Del Rosario said.