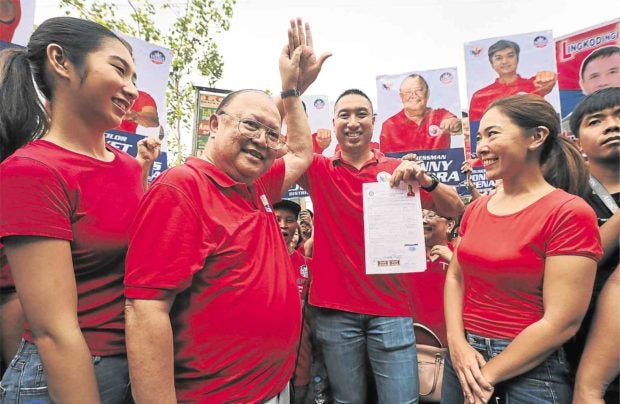 MANILA, Philippines — San Juan Rep. Ronaldo Zamora had “zero antibodies” even after completing his two doses of Sinopharm vaccine shots for COVID-19, his son, Mayor Francis Zamora, said in an interview over CNN Philippines on Tuesday.

According to the mayor, doctors advised his father to get “booster shots” six months after completing his Sinopharm vaccination.

“His doctors advised him to get Pfizer because after he had his Sinopharm vaccination last December, upon testing his antibodies, they were zero,” Zamora said.

The doctors, he added, said the booster shots would be necessary because his father had previous surgeries.

Zamora also said he was “shocked as everyone else” when his father revealed that he got four doses of COVID-19 vaccines.

“Because as far as I am concerned, what I know is we vaccinated him with two doses of Pfizer here in San Juan. So I never knew that he got vaccinated with Sinopharm last December, so I was shocked as everyone else when I’ve heard,” the mayor said.

According to the Department of Health, booster shots for COVID-19 are not recommended due to insufficient evidence of their efficacy.