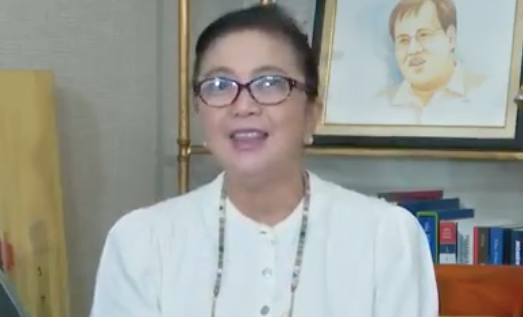 But while it is expected for a country like China to stick to its interests even if it means defying logic, Robredo hopes that the Philippine government would also make its voices heard and push for Filipino interests.

“After all, governments are expected to assert their nation’s interests — even if sometimes nga they have to bend logic in the process. Pero iyong sa akin kasi personal: Sana all,” Robredo said on Tuesday, using a modern-day Filipino catchphrase that is borne out of jealousy.

(After all, governments are expected to assert their nation’s interests — even if sometimes they even have to bend logic in the process. But for me, it is more personal: I hope we have similar officials.)

(I hope our government is also willing to show even a little bit of bravery regarding the issue because if we keep on retreating, then they would only pounce on us even more.)

According to Zhao, the PCA violated the principle of state consent by moving forward with its investigation and decision without China’s consent.

During the process, China repeatedly said that it would not acknowledge the validity of the PCA — and now, Zhao insists it is nothing but a piece of waste paper.

Robredo reiterated that Zhao’s statements were unnecessary but expected for an official who believes in his country’s claims.  However, the same must be done by Philippine authorities.

(For me, you know, while the tone is unnecessary and unfortunate, I was not even surprised.  The message is actually expected because that’s how it works, isn’t it?)

(If our country’s interests are at stake, I hope we act and stand for it.)

Last 2016, the PCA said in a decision that the country has exclusive rights to the WPS, while also clarifying that China’s nine-dash line claim — an imaginary line that includes most of the sea as Chinese territory — has no legal and historical basis.

“The Tribunal concluded that there was no legal basis for China to claim historic rights to resources within the sea areas falling within the ‘nine-dash line,” the statement released to the media five years ago said.

However, one of the major criticisms hurled at President Rodrigo Duterte and his administration is the alleged preference for China, even in the face of supposed abuses and the WPS intrusion.

Several groups have claimed that the Duterte administration’s independent foreign policy is a mere ploy to resume close ties with China.

According to critics, this was evident in the President’s handling of the recent turmoil at the WPS, specifically near the Julian Felipe Reef, when over 200 Chinese maritime militia ships were seen in line formation in the area.

But even with the PCA decision, President Duterte said that it is just a piece of paper that could be thrown into the waste basket.  He also highlighted that the Philippines is indebted to China as vaccines and infrastructure projects were funded by the latter.