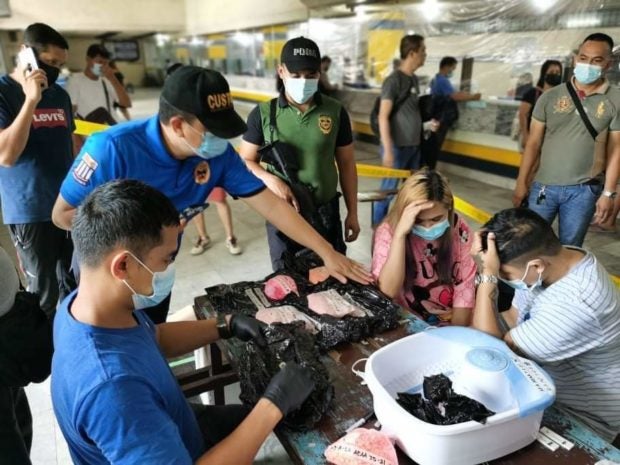 Isabella Albano (in pink shirt) of Quezon City, and Jessica Muñoz (in white striped shirt) of Cavite, bow their heads in disappointment in front of anti-drug officers following their arrest for trying to traffic 5,637 pieces of colored ecstasy (MDMA) tablets. Photo courtesy of PDEA 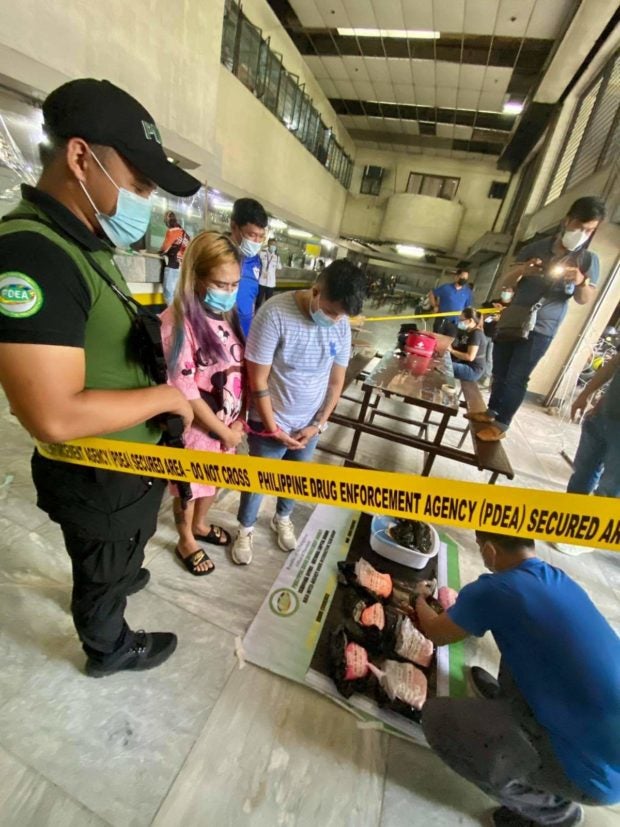 The operatives arrested the two after an interdiction operation on an inbound parcel containing several pieces of ecstasy pills, concealed in a foot massager on July 12, 2021, at the Quezon City Central Post Office, Brgy. Pinyahan, Quezon City.

Confiscated during the operation were 5,637 pieces of colored ecstasy (MDMA) tablets  with an estimated value of P9,582,900.00. 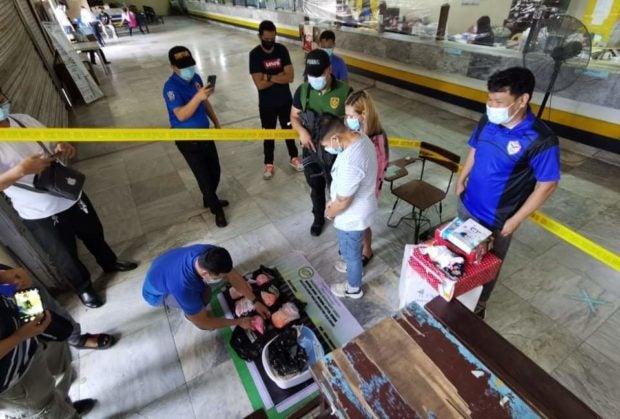 According to Frivaldo, the parcel was declared as “children’s toys and apparel” from Germany.

The arrested drug personalities are now facing criminal charges for violation of RA 9165 or “The Comprehensive Dangerous Drugs Act of 2002.”