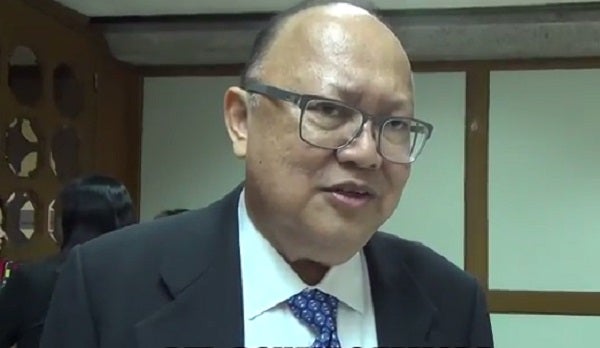 MANILA, Philippines — San Juan Mayor Francis Zamora on Monday defended his father, Rep. Ronaldo Zamora’s decision to take two booster shots on top of two COVID-19 vaccine doses he had previously received, saying this was upon the advice of the latter’s doctor.

The older Zamora, speaking in an event in San Juan City, admitted he no longer frequently wears face masks because he was vaccinated for a total of four doses of the COVID-19 vaccine — the first two being Sinopharm jabs, and two more vaccine jabs recently.

(What I can tell you is that Congressman Ronny Zamora’s vaccination was upon doctor’s orders.)

FEATURED STORIES
NEWSINFO
Robredo on vote buying: That might be taxpayer’s money so accept it, but vote based on conscience
NEWSINFO
Isko to critics after remarks vs Robredo: I’m sorry, this isn’t about Mr. Congeniality
NEWSINFO
Bongbong says PH should modernize infrastructure to become Asia’s next logistics hub

Sinopharm, the same vaccine administered on President Rodrigo Duterte, was only issued an emergency use authorization by the Food and Drug Administration last June.

But the congressman said he received his Sinopharm doses in December last year, six months before the vaccine was approved for use in the country.

Read Next
Active COVID-19 infections in PH remain below 50K despite 5,204 new cases
EDITORS' PICK
The crisis within: Suicides rise as COVID takes its toll on lives, livelihood
DOTr to defend proposal to increase passenger capacity in public transport
USAID Opportunity 2.0 calls for applicants for grants for out-of-school youth engagement
Pharmally scandal: When middlemen profit even during a pandemic
Legarda emphasizes role of ICC/IPs in nation building this IP month
Work-From-Home is here to stay and requires reliable logistics
MOST READ
Maine Mendoza names her worst critic
Bongbong says PH should modernize infrastructure to become Asia’s next logistics hub
Rep. Eric Yap says his opponents using Pacquiao in move to probe Benguet projects
Isko to critics after remarks vs Robredo: I’m sorry, this isn’t about Mr. Congeniality
Don't miss out on the latest news and information.