U.S. condemns ‘heinous’ assassination of Haitian leader, says it is ready to help 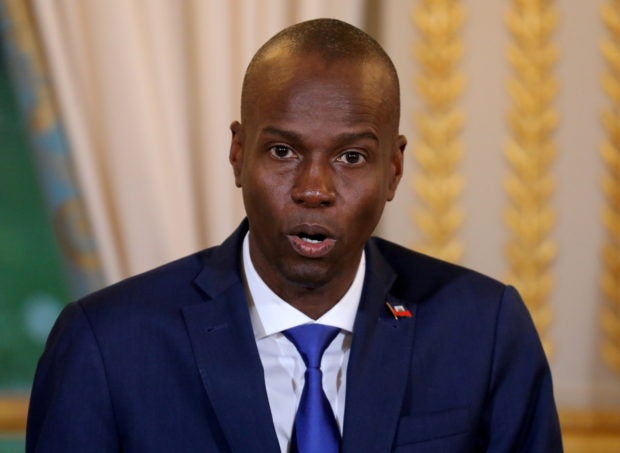 WASHINGTON  -U.S. President Joe Biden said on Wednesday he was shocked by the “heinous” assassination of Haitian President Jovenel Moise and wounding of his wife in their home, and administration officials said Washington was to ready help investigate what happened.

Moise, 53, was shot dead https://www.reuters.com/world/americas/haitian-president-shot-dead-home-overnight-pm-2021-07-07 and his wife Martine left in critical condition after unidentified gunmen opened fire with assault rifles in his private residence overnight, stirring fears of chaos in the impoverished Caribbean nation already reeling from rampant gang violence and facing a constitutional crisis.

“We condemn this heinous attack and I am sending my sincere wishes for First Lady Moise’s recovery,” Biden said in a statement. “The United States offers condolences to the people of Haiti and we stand ready to assist as we continue to work for a safe and secure Haiti.”

“We need a lot more information but it’s just, it’s very worrisome about the state of Haiti,” Biden told reporters at the White House.

Haiti’s ambassador to the United States, Bocchit Edmond, told Reuters https://www.reuters.com/world/americas/haitian-assassins-falsely-claimed-be-us-drug-agents-envoy-us-says-2021-07-07 in an interview that his government would welcome U.S. security assistance in the wake of the assassination.

Edmond said the gunmen falsely identified themselves as agents from the U.S. Drug Enforcement Administration (DEA), citing video footage the government has in its possession, but added, “No way they were DEA agents.”

Price told a regular press briefing he had no updates to announce in terms of assistance, although Washington was “ready and willing” to support Haitian authorities’ investigation.

“We expect to be in receipt of formal requests. We stand ready to receive them. But, as of right now, I am not in a position to confirm that we have received a formal request,” Price said.

U.S. lawmakers condemned the attack and called for administration action.

Republican Senator Marco Rubio called on Biden’s administration to help bring the killers to justice. Rubio’s home state, Florida, has a large Haitian-American population and he met with Moise in 2019 on a trip to the country.

“We cannot allow this cowardly, evil attack to bring even more hardship to the people of Haiti and further destabilize their country,” Rubio said in a statement.

The Democratic co-chairs of the Haiti caucus in the House of Representatives said the attack “stands as a clarion call” for action to bring stability and peace to the country.

“We also call for full transparency and an independent investigation into this criminal act,” the four lawmakers – Representatives Val Demings, Yvette Clarke, Andy Levin and Ayanna Pressley – said in a statement.

House Speaker Nancy Pelosi said Congress was prepared to help. “Congress condemns this barbaric act, and we stand ready to provide support and assistance to the people of Haiti during this challenging time,” she said in a statement.

The opposition in Haiti had accused Washington – Haiti’s top foreign donor – of being lenient towards Moise because of his support for U.S. foreign policy. Moise, who entered office in 2017, had faced calls to resign and mass protests over accusations of corruption, his management of the economy, and his increasing grip on power.

Washington sent troops to Haiti in 1994 to oust a military government and return its elected president, former parish priest Jean-Bertrand Aristide, to power. But the country has struggled with political instability and a series of natural disasters since then.

U.S. administrations have since scaled back involvement with Haiti, and a U.N. peacekeeping operation ended in 2019.