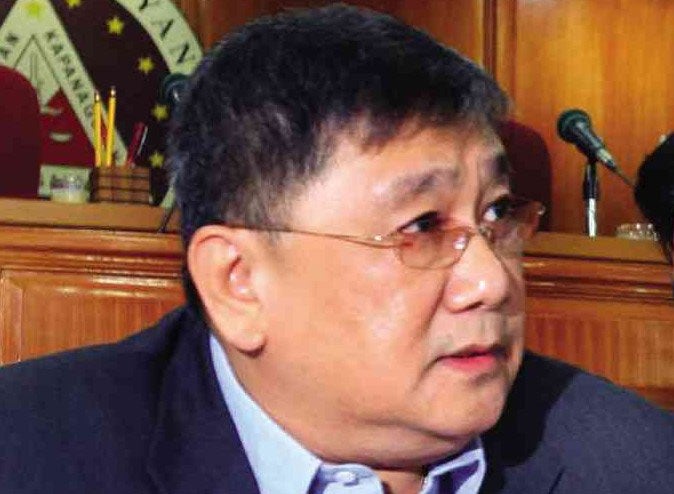 In 2014, Ong was dismissed from service after an investigation showed his links with businesswoman Janet Lim Napoles who has been convicted of plunder over the pork barrel scam.

Ong was dismissed after he was found guilty of misconduct, dishonesty, and impropriety after a photo came out showing Ong with accused pork barrel scam mastermind Janet Lim-Napoles and Senator Jose “Jinggoy” Estrada.

The high court also barred Ong from seeking re-employment in any government offices including government-owned or -controlled corporations.

The high court has adopted the findings of retired Associate Justice Angelina Sandoval-Gutierrez who was tasked to conduct a  probe on allegations that surfaced during the Senate Blue Ribbon Committee hearing on September 26, 2013, on the pork barrel scam involving Napoles.

During the Senate probe, pork barrel scam whistleblowers Benhur Luy and Marina Sula testified that Ong was among the personalities who visited Napoles’ office at the Discovery Suites in Ortigas and joined her parties.

Luy and Sula claimed that Ong acted as a contact of Napoles in connection with the Kevlar case, involving the ghost purchase of 500 Kevlar helmets worth P3.8 million using government funds in 1998.

Ong denied the allegation. However, while there is not enough evidence to prove bribery and corruption, the high court said meeting Napoles on two occasions “was grossly improper and violated Section 1, Canon 4 (propriety) of the New Code of Judicial Conduct.”

After five years, Ong went back to the Supreme Court seeking judicial clemency, saying he had become “remorseful and better individual” and that he took full responsibility for his actions and humbly accepted the adverse decision in “a sincere expression of repentance for a past malfeasance.”

Ong prayed that his retirement benefits be restored and that the prohibition against his reemployment in the government be lifted.

The high court, through Associate Justice Marvic Leonen partly granted Ong’s request, saying that Ong’s demonstration of remorse and reformation, along with his current health condition, are sufficient for the Court to mitigate his penalty.

“With the second chance given him, this Court will expect much from Ong. We hope that he will not disappoint,” it added.

In partially granting his plea for judicial clemency, the Court reinstated his retirement benefits but decided to forfeit two-thirds of his lump-sum benefit as a penalty.

The Court also lifted the ban it imposed on Ong’s re-employment in any branch, agency, or instrumentality of the government, including government-owned or -controlled corporations.

“Considering the lapse of more than five years and subject to the usual clearances, Gregory Ong is now entitled to his full pension,” the Court ruled.