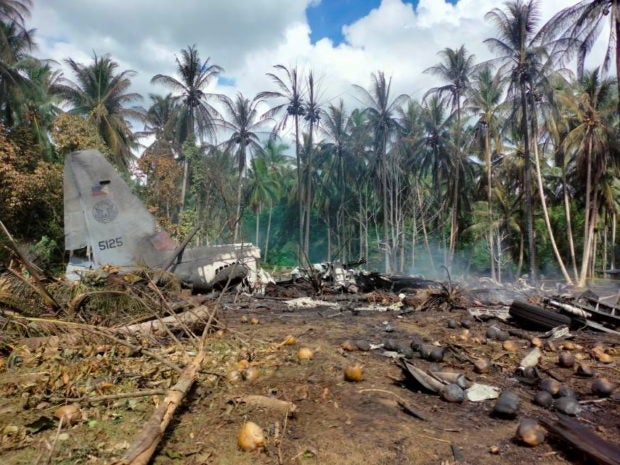 MANILA, Philippines — Senate Majority Leader Juan Miguel Zubiri on Tuesday appealed to the Department of Budget and Management (DBM) to find the necessary funding to restore the “aging fleet” of the Philippine Air Force (PAF).

This comes after PAF’s C-130 aircraft crashed in Patikul, Sulu on Sunday, July 4, claiming the lives of dozens of soldiers and civilians.

“This is one of the worst air disasters for the Air Force and the AFP (Armed Forces of the Philippines). We really need to fast-track our aircraft modernization so we can stop ruining lives like this, and ensure that no other accident surpasses this one in the future,” Zubiri said in a statement.

“Just over the last year, we’ve already lost over seventy people in military aircraft accidents. Four in a crash in Isabela in July 2020, another four in Basilan in September, one in Lanao del Sur in November, seven in Bukidnon in January of this year, and six more in Tarlac just last month,” he said.

Aside from upgrading the military’s plane fleet, Zubiri pushed for a strengthened ttraining program among military pilots for fixed-wing and rotor-wing aircraft.

“Modernization entails not only buying the best aircraft and equipment but also providing state-of-the-art and extensive training for our military personnel,” he said.

“We have to invest in simulators, so we can consistently train our soldiers without risking their lives, or the lives of civilians,” he added.’

Further, the senator reiterated the Senate’s readiness to help the military with its budget in order to prevent a repeat of the Sulu crash, which left at least 52 people, mostly new soldiers, dead.

The C-130 crashed as it was landing in Patikul, a town in Sulu that has become an Abu Sayyaf stronghold. All those on board had already been accounted for.

“We have to get serious about modernizing our military. We cannot lose any more lives like this,” Zubiri went on.

“I am unfortunately starting to sound like a broken record in my call for modern aircraft and training equipment for our troops. I am so saddened by the loss of such brave and patriotic individuals in such a senseless death,” he said.

“That’s what angers me the most. We’re losing so many great men and women because of poor equipment and outdated aircraft,” he added.