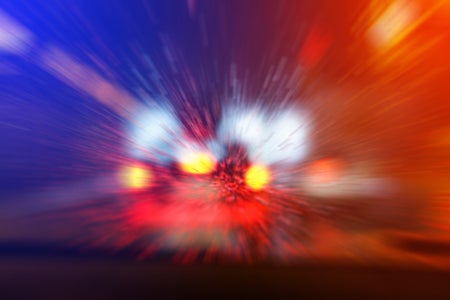 A man who stole a news outlet’s vehicle right after reporters had just finished reporting about a crime he was involved in accidentally crashed into a state trooper’s cruiser in Georgia in the United States.

WRAL journalist Keenan Willard and photographer Lucas Nelson were about to leave after reporting on a high-speed chase when they were approached by a man last Saturday night, July 3, as per WRAL on the same day.

The man, identified as 19-year-old Marcus Brown, approached the two after their 11 p.m. report and offered them cash to give him a ride to a gas station, but the reporters declined.

Brown then reportedly jumped into the car and drove off on US Highway 64 in Chatham County, but around five minutes later, crashed into a State Highway Patrol car.

No one was injured and Brown was then arrested, according to the report. The three other individuals involved in the said high-speed pursuit were also taken into custody.

Adrian Lowery, 24, and a minor were among the individuals involved in the pursuit. The minor has since been taken to the Chatham County Detention Facility, while Lowery was charged with possession of a stolen weapon and possession of a firearm by a felon.

Caleb Sheffield, 19, was also arrested and charged with possession of a weapon of mass destruction, possession of a stolen firearm and resist, obstruct and delay, the report said.

Brown is likewise facing charges for fleeing to elude arrest with a motor vehicle, possession of a weapon of mass destruction and larceny of motor vehicle.

The high-speed chase began after the suspects refused to obey a traffic stop after they were recorded driving 94 miles per hour in a 65-miles-per-hour zone. Police later allegedly found multiple guns during the investigation. Ian Biong /ra