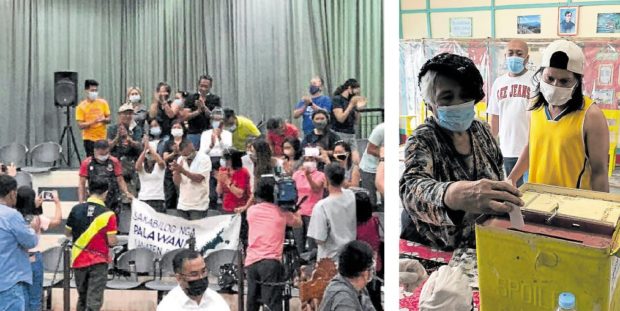 PREVIEW The March 13, 2021, plebiscite on the law dividing Palawan into three provinces had the distinction of being an electoral exercise held amid the coronavirus pandemic, with many considering it as a template for the 2022 national polls in terms of safety protocols that need to be maintained from the campaign period to the balloting day and beyond. —ROWENA GUANZON’S FACEBOOK/ROMARM RANDA

Conventional wisdom holds that the spike in COVID-19 cases in India, from February to April this year, could be laid at the feet of election rallies. Ahead of the state elections in West Bengal, Assam, Kerala, Tamil Nadu, and local elections in Uttar Pradesh and Telangana states, the political rallies often involved huge gatherings with hardly any social distancing and mask-wearing. In Tamil Nadu, the election commission there was publicly lambasted by a court for failing to act early enough to stop big campaign rallies from taking place.

“Your institution is singularly responsible for the second wave of COVID-19,” the high court of Madras declared—a stinging indictment unusual in a jurisdiction where the courts typically give wide berth to the elections commission.

Are we on the same path? I would argue that we are—but also that it is not too late for the course correction needed to avoid a similar fate.

The lay of the land

Political campaigns in the Philippines are carried out on three fronts: in-person, through political caucuses, conferences, meetings, rallies, parades and similar assemblies—all of which are specifically allowed by the Omnibus Election Code as legitimate means of waging election campaigns; via mass media, as allowed by both the Omnibus Election Code and Republic Act No. 9006, enacted decades later; and starting with the 2016 national and local elections, online.

While all three modes are theoretically available to all, the reality is that prohibitive costs and technological challenges conspire to place broadcast advertising and online campaigning beyond the reach of many candidates.

As we approach the 2022 elections, the only well-established mode of campaigning equally accessible to all candidates is in-person campaigning. Which puts the Commission on Elections (Comelec) in a difficult position: knowing full well that many of the thousands of candidates running for election in 2022 will still be resorting to in-person campaigning, how do we avoid setting off a COVID-19 spike?

The answer, obviously, is to do what the Comelec has never done before: either directly regulate in-person campaigning, or at the very least, prescribe rules for holding political mass gatherings. The work has already commenced, but it is still far from complete. With the campaign periods starting February 2022 for national candidates, and March for local, these rules would find no application any sooner anyway. Still, the Comelec is working on a timeline that would see the rules released in the last quarter of 2021, to give candidates that much more time to familiarize themselves with what will become the new campaigning normal.

The new rules for in-person campaigning will be geared toward meeting the three imperatives of pandemic response: avoiding closed spaces with poor ventilation, controlling mass gatherings to prevent crowding, and ensuring social distancing to minimize close contact among people.

In practical terms, this means that certain venues will either have to be off-limits to political gatherings, or that strict guidelines would have to be issued for their use. Thus, where utilizing a venue used to a simple matter of finding a place and paying for a place, the organizers of indoor political events will now have to provide proof that adequate ventilation will be provided, that venue capacities will be strictly enforced, and that minimum health protocols—such as masking and distancing requirements—would be complied with. 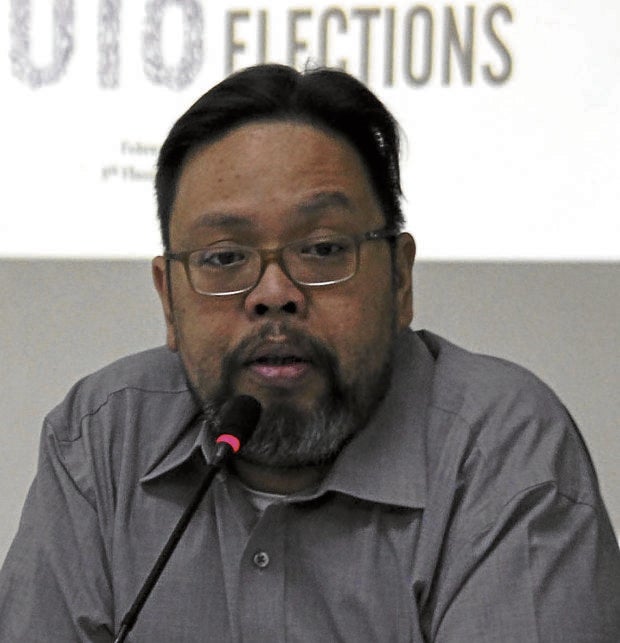 Even outdoors, many of these requirements would still be relevant, hopefully making massive “hakot” operations a thing of the past. Where organizers used to bus in hundreds of people to swell attendance numbers, they would now be obligated to keep their numbers to below capacity—and yes, the operators of open fields and parks will have to inform the Comelec of the capacities of their venues.

How campaigners and candidates interact with their audiences will have to be regulated as well. People attending political gatherings will have to be reminded that the social distancing requirement, for instance, means no shaking of hands, or arms draped over shoulders, and yes, all other forms of public display of affection—all otherwise indispensable tools in a politician’s charm arsenal.

Campaigns aren’t the only part of the electoral process needing an overhaul. Election day itself will have to undergo considerable transformation as a result of the pandemic.

At the IPP, the voter will be able to receive medical attention and also exercise their right of suffrage, away from the general population. This maintains the safety of the process for both the voter in the IPP and the rest of the other voters.

Inside the voting center, the polling places themselves—the classrooms where the actual casting of ballots take place—will be virtually unrecognizable. Plastic barriers will have been erected, ensuring that electoral workers are isolated from voters; voting booth—something the Comelec hasn’t used in national elections for decades—will be in place, waiting for voters to come and fill up their ballots in safe isolation.

The Comelec, while it wields extensive powers during election season, simply cannot be everywhere at once; nor can it be focused solely on policing the hundreds of campaign rallies that will be taking place throughout the country, for the duration of the campaign period. Nor can it be physically present at all the hundreds of voting centers all over the country, at all times.

In the end, the success of these new rules and strategies—and the all important safety of the 2022 national and local elections will have to boil down to every single individual involved in the elections in some capacity or other—voter, candidate, watcher, administrator, bystander—each acting responsibly, according to what their respective role in the process is. It is only when all of us act safely, that we can be assured of the safety of all of us. If nothing else, let’s learn that from the sad experiences of others.