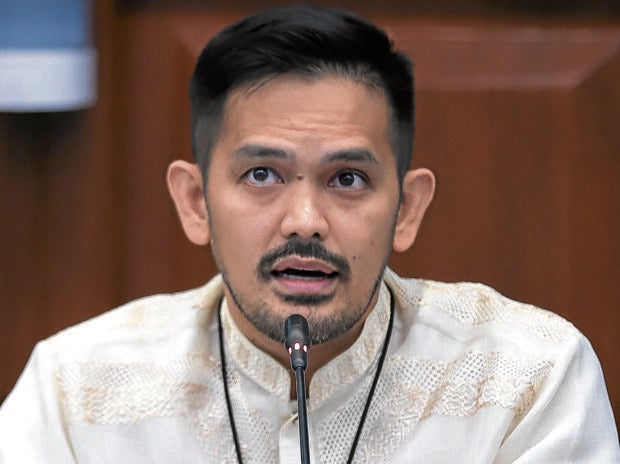 MANILA, Philippines — The accusations of Senator Manny Pacquiao against some government agencies are still not conclusive at this point, the head of the Presidential Anti-Corruption Commission (PACC) said Monday.

PACC Commissioner Greco Belgica noted that Pacquiao has already concluded that corruption was happening in some agencies even though he has yet to start an investigation.

(His accusation is not yet complete because he already made a conclusion without conducting an investigation.)

(That’s not yet conclusive. When you conclude, it means you have investigated that’s why you are filing a case. That’s what we do. When we file case, we already have conclusion based on evidence and investigation. We are conclusive.)

Among the issues raised by Pacquiao is the alleged irregularity in the distribution of the social amelioration funds through Starpay, an e-wallet application used by the Department of Social Welfare and Development.

The senator claimed that Starpay failed to distribute the funds fully — with P10.4 billion of the social aid supposedly missing even though it was noted that all of the payouts have been completed.

However, Belgica said Pacquiao should pinpoint which exactly he wants investigated about Starpay.

(There are many concerns with Starpay. Is he referring to the app, why it was chosen, the number of those who downloaded it, or the money distributed? Which part is he calling out for corruption? He has the burden to prove his allegatons because he was the one who raised this.)

(So we want to see. Which part is he calling out for corruption because we are already doing our job at the PACC. If he wants our help, he has to clearly say what he wants us to do. Otherwise, what he has now is not conclusive. Nothing is conclusive right now.)

Meanwhile, Belgica said there are now over 9,000 complaints received by PACC regarding the distribution of funds under the special amelioration program, which Pacquiao claimed was marred with corruption.

He said the concerns have already been addressed by PACC, with concerned barangay officials required to answer to the Department of the Interior and Local Government and to the Office of the Ombudsman.

Read Next
LPA west of Batangas exits PAR; rains due in nearby provinces
EDITORS' PICK
Metro Manila to remain under COVID Alert Level 2 until December 15
IATF tightens border control, suspends entry of fully vaxxed nationals from ‘green’ countries
Villar Group gears up for AllValue Shopping Party on Dec. 3; around P 1-million promos and discounts up for grabs
Duterte open to making jabs mandatory; Cabinet mulls ‘pressuring’ the unvaccinated
Legarda: Ending Violence Against Women, a cause for all
A delightful blessing!
MOST READ
Quiboloy warns of ‘much worse than Omicron virus’ if his ‘persecution’ is not stopped
Omicron poses ‘very high’ global risk, countries must prepare–WHO
Marcoleta defends pol ads on ABS-CBN
Bongbong Marcos’ conviction in tax case not a crime involving moral turpitude — lawyer
Don't miss out on the latest news and information.