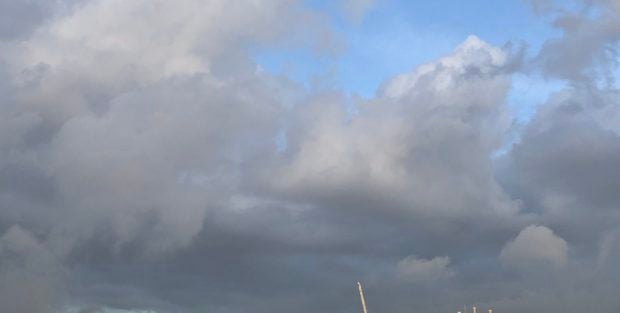 MANILA, Philippines — Cloudy skies and moderate roan showers are expected over a large part of Southern Luzon due to the trough or extension of a low pressure area’s (LPA), state meteorologists said.

The Philippine Atmospheric, Geophysical and Astronomical Services Administration (Pagasa) said that while the LPA is still outside the Philippine area of responsibility (PAR) — around 1,095 kilometers east of Mindanao — its trough already affecting the country’s weather.

Areas in the vicinity of restive Taal Volcano in Batangas are also expected to have rain showers.

Other parts of Luzon are expected to have better weather conditions, but may also experience isolated rains like Tuguegarao City, which may register temperatures of 20 to 33 degrees Celsius. Temperature range in Laoag City is from 25 to 32 degrees and 16 to 24 degrees in Baguio City.

Satellite images also reveal thick cloud formations over Visayas and Mindanao, which may also cause rains over the weekend.

The entire Visayas and the northern parts of Mindanao may also expect rains.