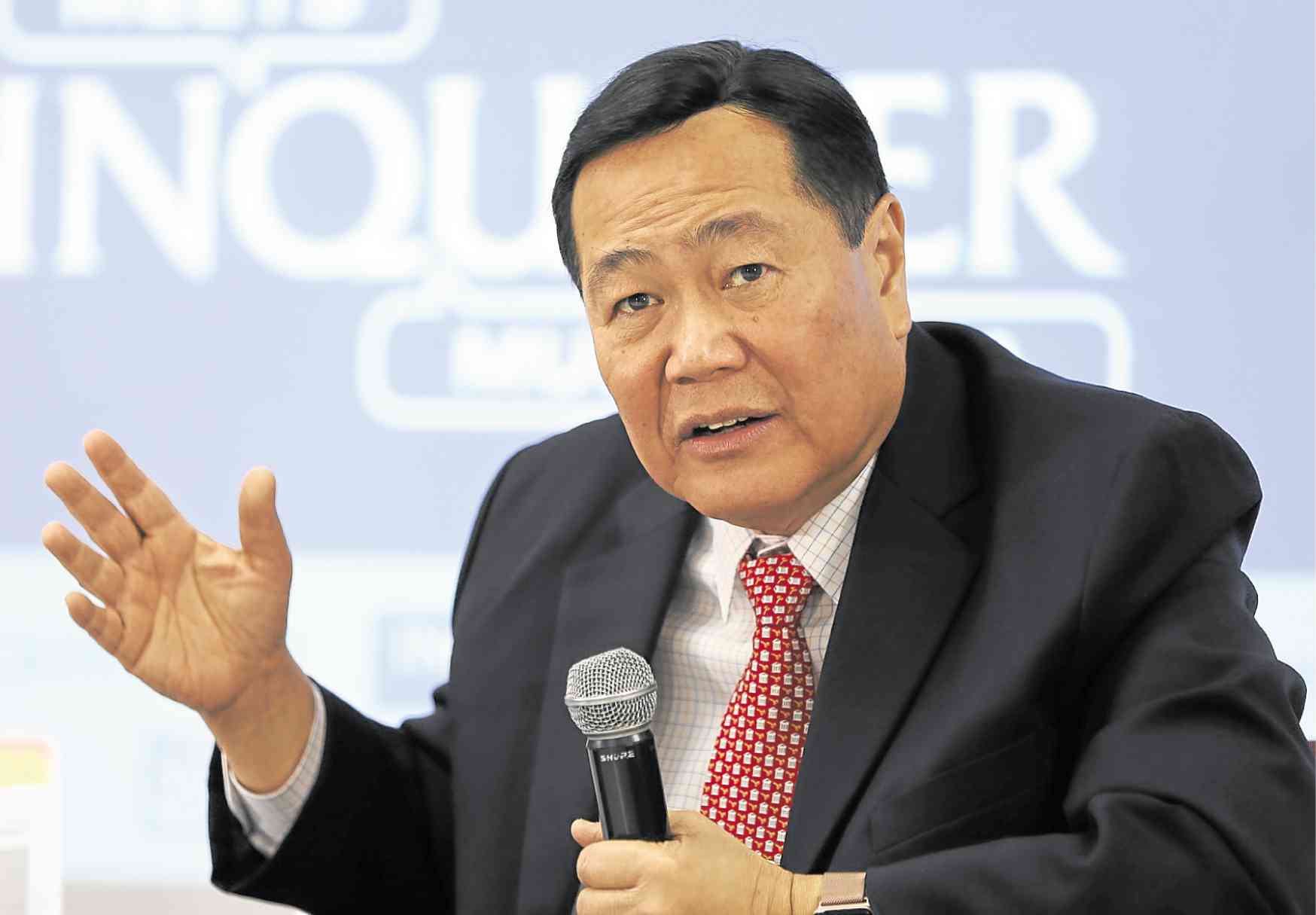 “[O]ne faction [was] against the arbitration and the other in favor of the arbitration. These two factions fought from the beginning to the end,” Carpio said in his Inquirer column Thursday.

While this was the case, Carpio said Aquino “made the difficult decision” to push through with challenging China’s expansive claims in the South China Sea before an international court.

“It took courage and wisdom to sue China, an economic giant and a nuclear-armed superpower,” Carpio said.

It was on July 12, 2016, when the United Nations-backed Permanent Court of Arbitration in The Hague, Netherlands ruled in favor of the Philippines and invalidated China’s expansive claims in the South China Sea, including the West Philippine Sea.

In his column, Carpio recalled then Foreign Secretary Albert del Rosario’s recommendation to file the arbitration case against China being “rewritten” to make it seem that he was against the filing of the case.

“After consulting with Law of the Sea expert Paul Reichler and his team, then Foreign Secretary Albert del Rosario submitted to Malacañang his Memorandum to President Aquino recommending favorably the filing of the arbitration case against China,” Carpio said.

“Unfortunately, his Memorandum was rewritten in Malacañang, making it appear that he was against the filing of the arbitration case,” he added.

Despite this, Carpio said the former foreign affairs chief “swiftly found a way to give to President Aquino his original recommendation.”

Aquino then convened a meeting of national leaders. “[E]xcept for one, all voted to file the arbitration case.”

The “two factions,” however, “fought again,” according to Carpio. This time, about Itu Aba, the largest feature in the disputed Spratly Islands in the South China Sea.

“When Paul Reichler recommended the amendment of our Statement of Claim to include the status of Itu Aba as one of the issues to be resolved by the arbitral tribunal, the two factions fought again,” Carpio said.

According to Carpio, Del Rosario arranged a meeting between Aquino and Reichler with his team in Malacañang in order to explain the need to amend the country’s Statement of Claim.

“Paul Reichler and his team waited for four hours in Malacañang for President Aquino, only to be told by the Executive Secretary Paquito Ochoa Jr. that the President could not meet them,” the retired Supreme Court justice said.

He said Ochoa instead informed Reichler and his team of Aquino’s instruction not to amend the Statement of Claim.

According to Carpio, Aquino was not aware that Reichler and his team were in Malacañang to meet with him.

According to Carpio, he said he asked Reicher about his next step on including Itu Aba in the Philippines’ case against China.

“[H]e replied he would discuss the status of Itu Aba in the Memorial without including it as an issue to be resolved by the tribunal,” Carpio said.

Reichler then submitted his draft Memorial to the President’s office for approval.

“The two factions fought again. One faction wanted the 15 paragraphs in the Memorial explaining the status of Itu Aba to be deleted, while Secretary del Rosario insisted on the retention of the 15 paragraphs,” Carpio, however, said.

The retired magistrate said he met with then Justice Secretary Leila de Lima and explained why the 15 paragraphs should be retained. He said he gave De Lima a two-page brief on the matter to forward to Aquino.

“When President Aquino called the two factions to a meeting, he announced his decision — the 15 paragraphs would remain in the Memorial,” Carpio said.

Carpio, who was part of the Philippine delegation, said he found Reichler and his team “terribly upset” when the retired magistrate arrived at The Hague.

This, after Solicitor General Florin Hilbay, “emailed them not to answer the questions of the arbitral tribunal on Itu Aba, questions that were previously emailed by the tribunal to our lawyers.”

But Carpio explained to the country’s lawyers on the eve of the first day of the hearing that in the Supreme Court, refusal by lawyers to answer questions of a court during oral arguments “would be taken very strongly against them and they would likely lose their cases.”

“Thankfully, Solgen Hilbay did not argue with me anymore and Paul Reichler and his team took that as a green light to answer all the questions of the tribunal,” he added.

In ending his column, Carpio paid tribute to Aquino’s decision to pursue the case against China, saying the nation is “eternally grateful” to the late leader “for bravely filing the arbitration case and for steadfastly pursuing the straight and principled path until final victory.”

RELATED STORY: Aquino’s most lasting act of service to Filipinos: Case vs China