Duterte for VP? It’s ‘lust for power or fear of retribution’, says solon 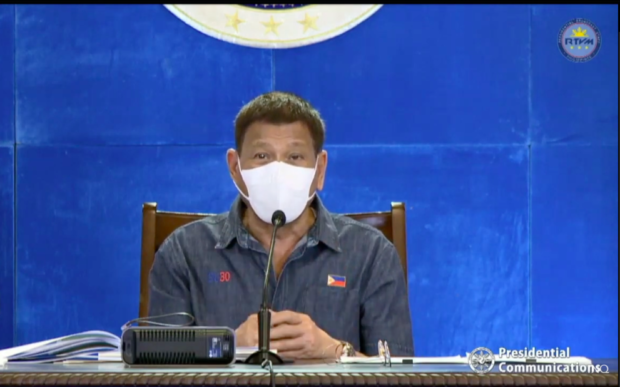 MANILA, Philippines — President Rodrigo Duterte’s openness to run for vice president in the 2022 elections was either because of “lust for power or fear of retribution,” a lawmaker said Friday.

Magdalo party-list Rep. Manuel Cabochan made the remark after Duterte said that he can be considered a serious candidate for vice president at this time “to maintain equilibrium.”

(I thought the President will resign if he fails to fulfill his campaign promises in three to six months? I thought he was tired of working? Now he is interested in the vice presidency.)

(It boils down to two things: lust for power or fear of retribution. Whichever that is, it is wrong. Let us not add more drama to this.)

Duterte’s possible vice presidential bid also “circumvents the intent of the Constitution” which bars re-election of a president, said Cabochan.

“Should President Duterte run for the vice-presidency and win, he is next in line to become president – a post he previously held. If we look at it closely, this move circumvents the intent of the Constitution to bar re-election to the presidency,” Cabochan said.

“Iniikutan na naman nila ang batas (They are circumventing the law). The Philippines is not and should not be a Duterte Nation,” he added.

This was backed by Bayan Muna party-list Rep. Ferdinand Gaite who said that having Duterte as a running-mate in the elections “would be more of a liability rather than a boost, for that tandem would carry the public’s disappointment and exhaustion from Duterte’s leadership.”

(It is clear that the bid for vice presidency is to escape the charges awaiting him, especially the investigation of the International Criminal Court on the war on drugs.)

INQUIRER.net sought the comment of Palace but has yet to receive a reply as of posting time.