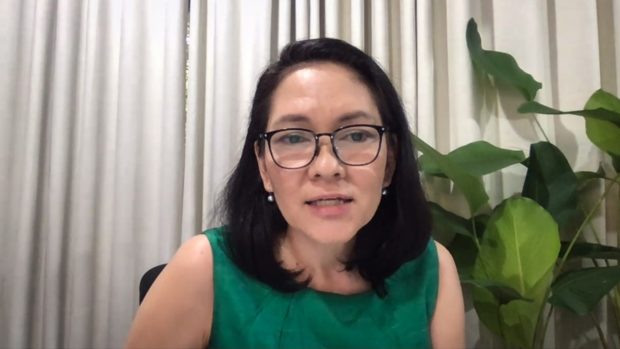 Sen. Risa Hontiveros on Thursday called out the National Grid Corp. of the Philippines (NGCP) for its “questionable” expenditures amounting to P4.4 billion, which it may have passed on to consumers over the past decade.

She said the NGCP spent the huge sum for “representation and entertainment, advertising, public relations and professional fees for their so-called consultants” from 2009 to 2020.

“Are these being included in the transmission charges and being passed on to the consumers every month?” she asked during a hearing by the Senate committee on energy, which is looking into the recent spate of brownouts.

NGCP holds the franchise to operate and maintain the country’s power transmission grid, the system through which electricity from power plants are delivered to distribution utilities.

Hontiveros said she found the “unusual expenses” in the NGCP’s audited financial reports the company had submitted to the Securities and Exchange Commission (SEC).

From 2009 to 2020, NGCP spent up to P1.45 billion for “representation and entertainment,” and P1.27 billion for “CSR (corporate social responsibility) and public relations,” or PR, the senator said.

She noted that expenses for representation and entertainment “jumped” during election years—2013, 2016 and 2019.

During times when the NGCP was bombarded with criticisms of its services, it spent P300 million on PR, Hontiveros said.

The senator also asked why NGCP spent more than P1.03 billion for “advertising” when it was considered a “monopoly, with a captive market.” The grid operator also spent about P646.6 million for its “consultants,” she added.

Hontiveros said that under Republic Act No. 9136, or the Energy Power Industry Reform Act, the only expenses that NGCP may include as “legitimate costs” are power delivery service, metering and common charge, charges in connections, residual subtransmission, among others.

She called on the Energy Regulatory Commission (ERC) to check for possible pass-on of “exorbitant charges” to consumers.

ERC chair Agnes Devanadera said a team of consultants was reviewing the NGCP’s financial records and validating the figures it had disclosed to the SEC. She assured the committee that the ERC will not allow NGCP to pass on to consumers its expenses for representation and entertainment, public relations, advertising and professional fees.

She said all expenses should be “reasonable and prudent” and that “anything beyond that should not be considered.”

Devanadera said the ERC had already disallowed NGCP’s questioned expenses from 2011 to 2015, but the charges on which these expenses were passed on to consumers during those years could no longer be reimbursed.

In her online appearance before the committee, lawyer Cynthia Alabanza, NGCP assistant vice president and spokesperson, maintained that the costs cited by Hontiveros were “legitimate business expenses,” which should not be “maliciously interpreted.”

“It’s the first time we heard that this was already disallowed (as an expense that would be passed on to consumers). At any rate, we are always at the mercy of our regulators and we always comply with everything that we are asked to do,” Alabanza said.

She said NGCP inherited the “representation and entertainment” expenses from its predecessor, the National Transmission Corp.

These covered the cost of meals for linesmen during calamities, employees’ snacks during meetings, and fuel and other “mobilization costs.” They also include the “huge” expenses the company incurred for employees who monitor operations nationwide.

“Advertising” expenses are those used for NGCP’s information and education campaign, mainly to educate the public on the dangers of living along power lines as well as public information on power outlooks, Alabanza said.

PR expenses cover the costs of NGCP officials who “talk to industry stakeholders and partners,” technical training of linemen of electric cooperatives and meetings with students and members of the media.

—WITH A REPORT FROM RONNEL W. DOMINGO INQ