P 169-B COVID funds unspent due to red tape 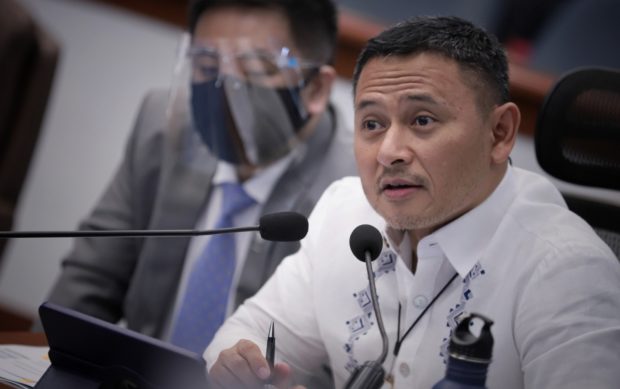 As of June 25, some P168.7 billion in approved COVID-related funds have remained unused by various state agencies, according to documents released on Thursday by the Department of Budget and Management (DBM).

This was a fourth of the P665.7 billion already released to departments and agencies to fight COVID-19 since the onset of the pandemic in March last year.

Sen. Sonny Angara, who chairs the Senate finance committee and has oversight on the budget, told the Inquirer Thursday that the upper chamber “will have to do a postmortem for each agency” to find out why they could not fully disburse their funds under the two Bayanihan laws, which were both very urgent and crucial spending measures amid the pandemic.

“Hopefully we can address any spending bottlenecks, if there are any,” Angara said.

During last month’s Senate committee of the whole hearing that tackled the status of the nationwide mass vaccination program, the DBM attributed the still huge amount of COVID-19 budgets undisbursed so far to the bottlenecks in implementation of projects and programs needed to address the health and socioeconomic crises wrought by the deadly virus.

This was despite the existence of the Anti-Red Tape Authority (Arta), created through Republic Act No. 11032, commonly referred to as the ease of doing business law, to bring about a more efficient and transparent delivery of government services. One weakness with Arta is that government agencies can simply take note of the agency’s findings and recommendations. It is all up to the government departments to comply or not.

The Department of Health (DOH), the lead agency in the fight against COVID-19, accounted for the bulk of the unspent funds.

Of the P157.4 billion in allotment releases to the DOH across the Bayanihan 1 and 2 laws plus the 2021 budget, only P51.4 billion had been spent so far, DBM documents showed.

Out of these Bayanihan 1 releases, the DBM issued P375.7 billion in disbursement authorities, allowing the agencies to immediately spend the money. As of May, a total of P364.6 billion had been obligated or awarded with contracts to proceed with the program or project implementation.

The amount of actual disbursements was lower at P345.9 billion, which meant that to date, some P47.6 billion remained unspent after a year since the Bayanihan 1 law lapsed. Budget Secretary Wendel Avisado told senators last month that the DBM’s figures on actual spending of pandemic response funds were based on agencies’ reports.

While the DBM had issued disbursement authorities worth P178.1 billion for Bayanihan 2 funds, a bigger P187.8 billion was already obligated to jump-start their implementation.

However, only P141.4 billion was spent among Bayanihan 2 allotments, leaving a balance of P63.7 billion still undisbursed.

The P4.51-trillion 2021 national budget had also set aside P66.9 billion in funds for pandemic response, including the P5.3 billion in regular funds of the DOH to buy vaccines.

The DOH’s 2021 budget for vaccine procurement had been sourced from the Asian Development Bank, the Asian Infrastructure Investment Bank and the World Bank.

The loans were extended to the Philippines last year only for immediate health and medical response. But as the Philippine government needed to shell out advance payment for some vaccine contracts in early 2021, the Department of Finance requested that these loans also cover vaccine purchases.

As of June 25, only P1.17 billion of the P5.3-billion budget of DOH to buy vaccines had been obligated, while P1.12 billion was already spent.

In the 2021 budget items for COVID-19 response was the P61.5 billion in unprogrammed appropriations sourced by the government from the $1.2 billion in loans from the three foreign lenders just last March, which these institutions would directly pay to vaccine suppliers.

The DOH also had P100 million in unspent releases under Bayanihan 1. This was released to the Office of the Secretary “to cover additional funding requirements for the immediate and continued response to emerging diseases.”

Also included in the 2021 budget releases for COVID-19 response was P216.4 million as a contingent fund for the Overseas Workers’ Welfare Administration (Owwa) to cover additional funding requirements whenever the Office of the President mandated an emergency repatriation of Filipino migrant workers. So far, this Owwa allotment remained untouched.

In all, a total of only P9.69 billion out of the 2021 COVID-19 response allotments in the budget had been obligated so far, of which P9.63 billion was already spent. The unused fund amounting to P57.3 billion could still be disbursed for the rest of the year. INQ