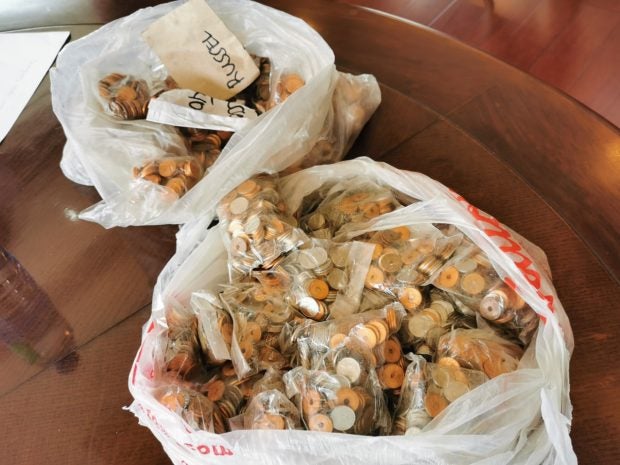 MANILA, Philippines — The factory owner who paid a worker’s wages in coins may be face jail time for other alleged labor malpractice, the Department of Labor and Employment (DOLE) said on Thursday.

Valenzuela City Mayor Rex Gatchalian on Wednesday ordered the suspension of the company’s operations, citing alleged non-coverage of the said benefits, among other reasons.

(Non-remittance of SSS premium is a criminal case, the owner could be easily convicted and go to jail.)

“As soon as we can get in touch with the employee, gagawa kami ng (we will initiate) legal steps to go against the employer,” he added.

The alleged labor violations of the factory were exposed after a former employee, Russel Mañosa complained when he received his two-day wage worth P1,056 in bags of five and 10 centavo coins.

Mañosa alleged that the owner did that to get back to him for speaking out out against management’s labor malpractices.

The local government of Valenzuela also learned that the the employer owes Mañosa more than P55,000 in back wages.

Meanwhile, Bello also disclosed that inspectors of DOLE-National Capital Region (NCR), whom he tasked to investigate the factory, were barred from entering the factory’s premises.

(The owner appears to be up to no good. When we learned of the incident, I asked inspectors to visit the facility, but they were not allowed to enter.)

The labor chief said inspectors from the DOLE-NCR would return to the factory this Thursday.

Bello said DOLE would issue a compliance order against Nexgreen Enterprises once the inspection confirms the company’s alleged malpractices.

Read Next
All eyes on Xi at 100th anniversary of Chinese Communist Party
EDITORS' PICK
FDA reviewing COVID-19 vaccines’ EUA for booster shots
Legarda emphasizes role of ICC/IPs in nation building this IP month
Climate Change Commission and Nestlé PH to discover sustainability-focused solutions
Biden vows to stand with Asia on freedom, hits at China on Taiwan
NCR’s COVID-9 alert level may be downgraded from 3 to 2 soon — DOH
Work-From-Home is here to stay and requires reliable logistics
MOST READ
Drivers now required to take driver’s education upon license renewal – LTO
Gordon to Duterte: You? Teaching me courtesy?
Marcos Jr’s ‘special diploma’ from Oxford: You can have it, too
Can Marcos Jr. be disqualified?
Don't miss out on the latest news and information.