MANILA, Philippines — The factory worker in Valenzuela who received from his employer P1,056 worth of wages in the form of centavo coins still has a collectible of more than P55,000 worth of unpaid salaries and benefits, the local government said on Wednesday.

Valenzuela Mayor Rex Gatchalian said he ordered the city’s Worker’s Affairs Office to conduct an audit on Russel Mañosa’s salary, whose former employer Nexgreen Enterprises paid him P1,056 in the form of five and 10 centavo coins.

Mañosa alleged that the odd practice was part of his employer’s retribution for allegedly complaining about the factory’s unfair labor practices.

It turned out that Nexgreen Enterprises owed him P55,614 worth of unpaid labor and benefits, based on Mañosa’s five months of service, according to the local government.

“Workers’ Affairs Office [representative] presented the proposed computation of what Russel should receive from Nexgreen amounting to P55,614.93,”  Gatchalian said in a Facebook post. “Russel just received P1,056 in coins.”

Gatchalian already ordered the suspension of the company’s operation and was given 15 days to rectify their violations.

The Department of Labor and Employment has also been conducting a separate investigation.

The local government said that Mañosa is being assisted in finding other gainful employment through the city’s Public Employment Service Office. 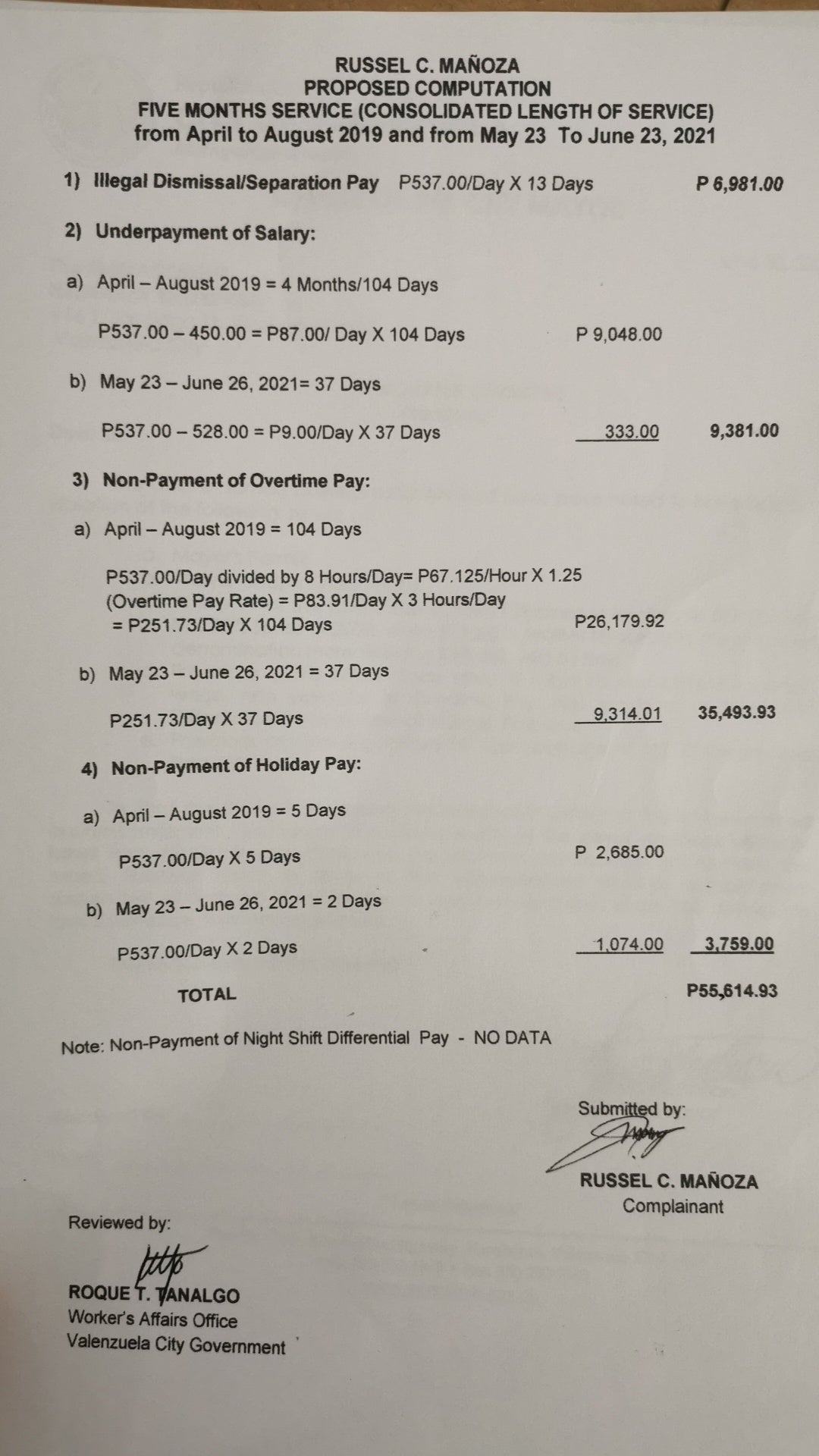 The Valenzuela City’s Worker Affairs Office shows this proposed computation of what Russel Mañosa should have received from his employer Nexgreen Enterprises. Image from the local government of Valenzuela