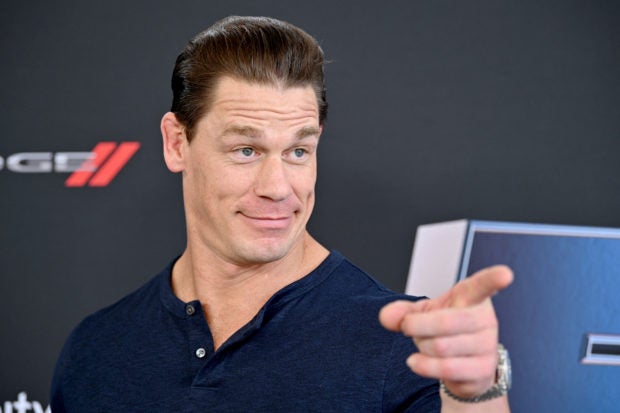 A man from the United Kingdom proved he could followed through with a dare, albeit a drunken one, by legally changing his name to that of actor and professional wrestler John Cena.

Lewis Oldfield, who lives in Bradford, England, explained that he was drunk and play-wrestling with his friends when they challenged him to change his name, as per The Sun last week, June 22.

“We were just messing around, pretending to do announcements like in WWE and one of my friends was introducing John Cena,” he was quoted as saying.

He also admitted that he is not a fan of the “WrestleMania” star, but “one thing led to another” and he was able to legally fulfill the dare. He initially thought of getting a tattoo to fulfill his vow but recounted that he did not want to back down from the challenge.

“I always follow through with dares so I just did it. I’m not even a wrestling fan!” he added, recalling that his mother could not stop laughing when she found out about the incident. His father, meanwhile, does not know about his new name just yet.

Oldfield reportedly spent £75 (around P5,000) for a new passport and £40 (around P2,700) for six more documents related to changing his name. He stated that he does not mind sharing a name with Cena and will keep it for the foreseeable future. Dana Cruz/JB

Read Next
Garin hits ‘palakasan’ in COVID-19 vaccine distribution; tells Galvez to ‘be honest’
EDITORS' PICK
153 protests filed vs China actions in PH waters in 2021 — DFA
Delivering delight against all odds
Duterte blasts rights groups for overlooking the ‘other side’ of drug war
Next level mobile photography within reach with vivo X70 co-engineered with ZEISS
Leaked: A 60x Zoom and all-new Helio G96 mean a complete overhaul for TECNO Mobile’s new CAMON 18 series
Lacson wants DOF to suspend TRAIN law as oil prices rise
MOST READ
Robredo to supporters: Be calm, gentle and do good deeds
Matibag calls Senate budget hearing ‘political,’ gets kicked out
Duterte inaugurates P684-M bypass road project in Quezon
Duterte: No drug dealers among the rich in PH
Don't miss out on the latest news and information.