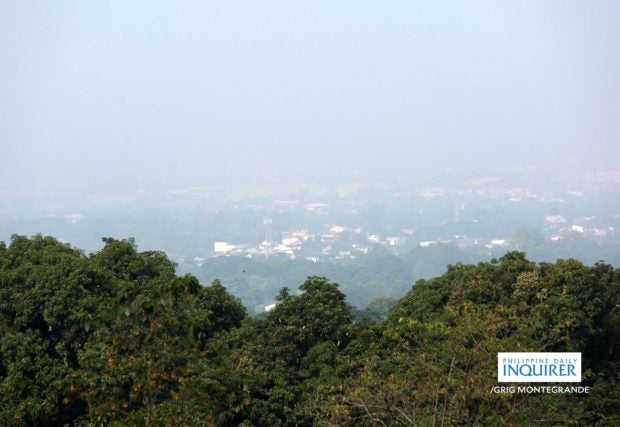 The Department of Science and Technology-Philippine Institute of Volcanology and Seismology (DOST-Phivolcs) said the SO2 plumes have been blown by air to spread over the Metro Manila, and neighboring provinces of Batangas, Laguna, Cavite, Rizal, Bulacan, Pampanga, Bataan and Zambales,

“The DOST-Phivolcs stands to acknowledge evidence of the actual wider extents that volcanic SO2 have actually spread over NCR (National Captial Region) and adjoining provinces and gives credence to the many observations that the public have communicated,” Phivolcs said in a statement.

“Our Institute had initially negated these observations due to the lack of substantiating evidence on our part,” the agency added.

Phivolcs previously said the smog in Metro Manila was due to pollution and not due to Taal’s volcanic smog or vog, citing information from Philippine Atmospheric, Geophysical and Astronomical Services Administration (Pagasa).

“We also released statements that the haze over Metro Manila is mainly due to smog from human activities, interpretation which is supported by information from DOST-Pagasa that the presence of a warm layer of air at elevations of less than one kilometer is preventing cooler air near the ground to rise, trapping pollutants and helping promote the accumulation of smog over NCR and nearby provinces,” the agency explained.

Phivolcs said sulfur dioxide may cause irritation on eyes, nose and throat, depending on the concentration, duration of exposure, and health condition.

Taal volcano remains at Alert Level 2, indicating that “the threat of sudden steam or gas-driven explosions and lethal accumulations or expulsions of volcanic gas can occur.”