Phivolcs: Metro Manila haze not from Taal, but air pollution 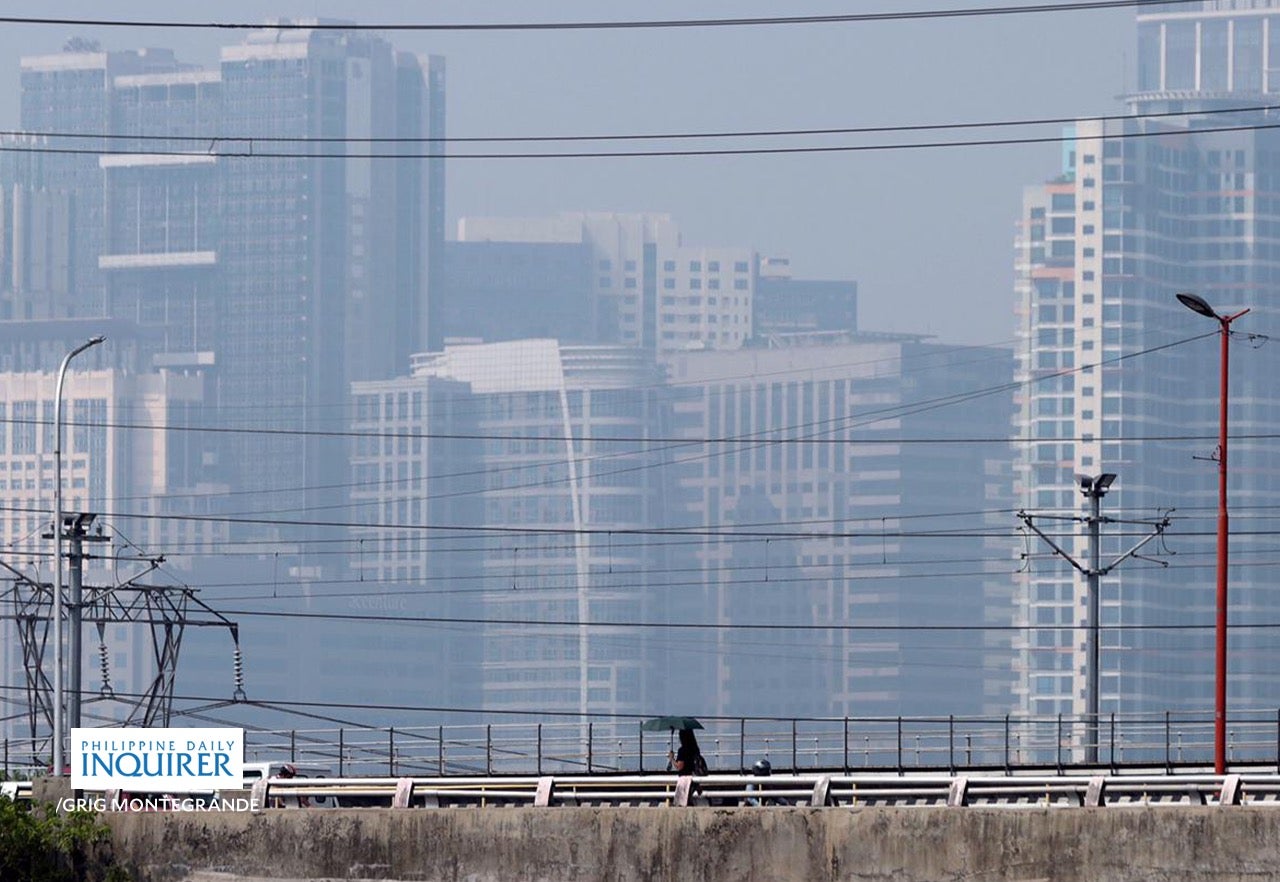 Thick haze envelopes the metropolis on Tuesday, June 29. The Philippine Institute of Volcanology and Seismology (Philvolcs) clarified that the haze in Metro Manila was brought about by “human activity” or pollution and not from Taal Volcano. -INQUIRER/GRIG C. MONTEGRANDE

MANILA, Philippines — The haze that reduced visibility in Metro Manila in the past two days was not emission from Taal Volcano. It’s worse—pollution.

“The haze which is being experienced by some residents of Metro Manila is smog caused by pollution and human activity,” said the Philippine Institute of Volcanology and Seismology on Tuesday (June 29). “The haze is not from Taal Volcano,” Phivolcs said.

Phivolcs, however, said it continued to observe a volcanic smog, or vog, on the caldera of Taal Volcano.

In its 4 p.m. bulletin, Phivolcs said sulfur dioxide emission from Taal on Monday averaged 14,326 tons per day, the highest recorded in the volcano.

High sulfur dioxide levels, water vapor emitted in plumes, weak air movement and solar radiation will continue to produce vog over the Taal caldera, said Phivolcs. Vog can be blown to the northeast and east to lakeshore communities depending on wind direction, Phivolcs said.

Phivolcs said it has received reports of “adverse effects” of vog on residents of lakeshore Tanauan City and Talisay town in Batangas province, which are facing the Taal Volcano island.

The agency advised communities near Taal to limit exposure and stay indoors, and use N95 or gas masks if possible.

It also recommended health checks by local governments on residents on the path of the Taal’s vog.