Not picky: Aquino used to chat with butler, dine with secret service agents in foreign trips 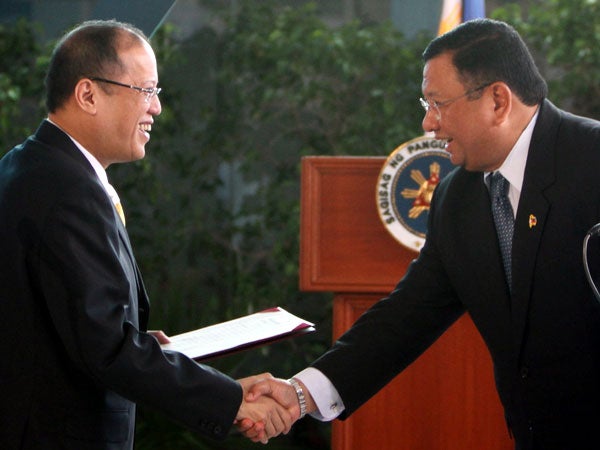 MANILA, Philippines — Former President Benigno “Noynoy” Aquino III loved talking to people that he would have an early chitchat with a butler or casual talks with US secret service agents over dinner in some of his foreign trips.

It was during one of their foreign trips when former Energy Secretary Rene Almendras chanced upon the butler, a foreigner, in a presidential suite where he was seated and having a conversation with Aquino one early morning.

“The butler was so apologetic,” he added as he recalled the butler telling him, “Sir, no I don’t normally do this but your president insisted that I sit with him. Please don’t let them know, I will lose my job.”

In another trip in New York, Aquino craved for steak so his group went to a “nice and cozy but not very expensive” place for dinner.

At the steakhouse, Aquino wanted the six agents of the US secret service assigned to him to sit down and join them in the table.

(PNoy told me to say that we Filipinos have a culture that we don’t eat until those with us have eaten.)

The head of the security details went “berserk” saying they could lose their jobs if they sit down with Aquino.

“We’re supposed to be here to protect him…” the security details chief told Almendras.

It took a phone call to a senior ranking member of the secret service in Washington D.C. before the security were finally allowed to take turns in joining the late president over dinner.

Aquino would not also leave a hotel without thanking its staff, according to the former energy chief.

“So this was him,” Almendras said of Aquino. “He just wanted to be with people and talk to them. That’s the way he is…he’s so very grateful to the people that served him. That’s why he talks to the butler, he talks to the maids.”

Aquino, the 15th president of the Philippines, died in the early morning of June 24, due to renal disease secondary to diabetes.

He was laid to rest on June 26, at the Manila Memorial Park next to his parents, democracy icons Senator Benigno “Ninoy” Aquino Jr. and former President Corazon Aquino.