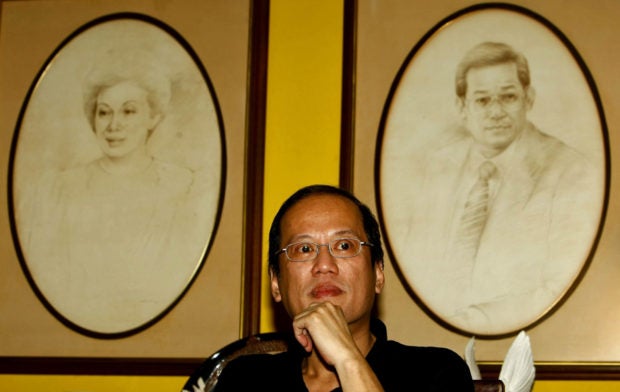 The schedule for the funeral Mass of President Benigno S. Aquino III will be at 10 a.m. Saturday.

After the Mass, the convoy carrying the late leader’s remains will drive out of the Ateneo, taking the C-5 Road towards the South Luzon Expressway before arriving at Manila Memorial Park in Sucat, Parañaque.

Aquino’s urn would be placed beside the tombs of his parents, former senator Benigno “Ninoy” Aquino and former president Corazon Aquino.

“The schedule of the funeral Mass of President Benigno S. Aquino III will be at 10:00 AM tomorrow, Saturday, 26 June, at the Church of the Gesu at the Ateneo De Manila University. The Mass will be presided by Archbishop Socrates Villegas, together with his brother priests,” the Aquino family said.

“The urn of President Aquino will depart immediately after the Mass and will be brought to the Manila Memorial Park in Sucat, Parañaque. The President will be laid to rest next to his parents,” they added.

The family also urged people who would pay their last respects to Aquino as the convoy moves along the road to follow health protocols against COVID-19.

“The convoy shall proceed via C5 to SLEX, leading to Manila Memorial. Those who wish to pay their final respects along the route of the convoy are asked to observe proper health protocols,” the Aquinos noted.

“The Aquino family thanks all of those who have been with them during this time of grief,” they said.

Aquino died on Thursday morning, with his sisters announcing that it was due to renal disease secondary to diabetes.  Aquino’s sister Pinky Aquino-Abellada read a statement on Thursday afternoon, confirming that the former president died peacefully in his sleep, before he was rushed to the Capitol Medical Center.