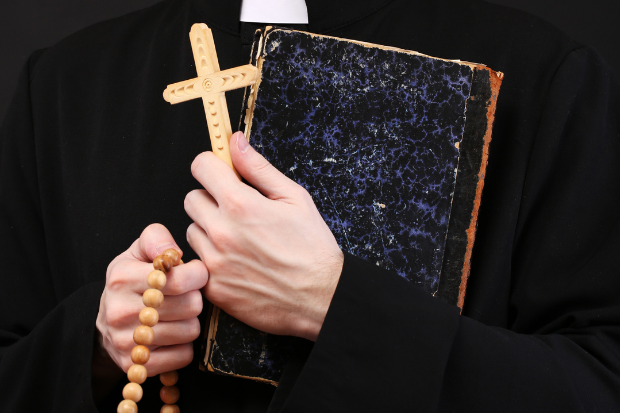 In a bizarre case, an alleged exorcism being conducted inside a home-improvement store in Pennsylvania, USA, was broken up by police.

Police responded to reports of “disorderly people” at the lumber aisle of the retail store in Lackawanna County on June 21, as seen in a June 23 post on Dickson City Police Department’s Facebook page.

The Dickson City cops reportedly broke up the “exorcism for the dead trees” at around 3:26 p.m. No further details were released.

The odd report seemingly garnered the attention of netizens, with hundreds asking via the post’s comments section for more information and even looking for footage of the alleged exorcism. The post has so far gained over 560 shares.

The alleged exorcists were escorted out of the building without incident. No charges have so far been filed, however, as per WBRE 28/WYOU 22 on June 24.  /ra

Read Next
Pangilinan hoped for ‘stronger’ Noynoy Aquino amid health woes
EDITORS' PICK
97% of COVID-19 beds at PGH currently occupied
Gear up and get ready to play with Yamaha Mio Gear
Acer starts the year off strong with the Aspire Vero National Geographic Edition
Japan brings back virus restrictions over Omicron surge
Over 3 Million worth of prizes to be won at Smart Padala’s SENDali Manalo Promo!
Uproar over no vax, no ride policy: Maybe it’s time for gov’t to say sorry—Bello
MOST READ
1Sambayan names 7 aspirants in its 2022 Senate lineup
Emma Stone calls Andrew Garfield a ‘jerk’ after he ‘lied’ about his ‘Spider-Man: No Way Home’ appearance
Guevarra to Acosta: Obey rules on unvaccinated
PH to import 60,000 tons of fish to cover shortage
Don't miss out on the latest news and information.