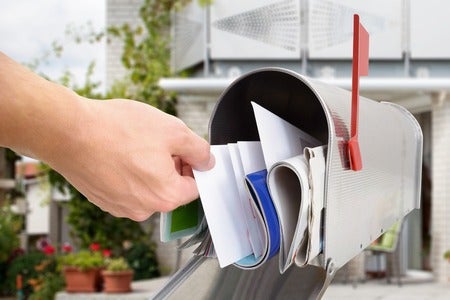 A nurse from Tennessee in the United States is now facing several charges for mailing bloody sanitary napkins and dog feces to her husband’s ex.

Della Marie Gibson Lathum admitted that she took blood from a patient and put it on sanitary pads to send to the ex-wife, as per NBC affiliate WBIR on June 22.

Arrest warrants from early April now reveal that Lathum’s reason behind the acts is that “she wanted ‘the kids’ to know the truth about [her husband’s ex].”

She described her husband’s ex-wife as someone who was “lazy, didn’t work and lived off the system,” the report said.

Lathum, on a separate occasion, also mailed dog feces to the ex-wife along with a letter with “derogatory comments,” court documents showed as cited by the news outlet.

Lathum, meanwhile, is currently not employed at the Parkwest hospital where she used to work, according to a spokesperson.

She is now facing two federal counts of sending biohazardous material through the mail, as well as five harassment charges, two stalking charges and one vandalism charge in Loudon County, where the said ex lives, the report said.

Late last March, Lathum scratched the side of the ex-wife’s car while the latter was with her children attending a banquet at a high school. Later that same day, Lathum left on the ex’s doorstep a rock with the letter “A” painted on it.

The said letter is “most known to symbolize adultery,” arrest warrants said as cited by the news outlet. The next month, Lathum mailed a card to the ex-wife “disguised as an invitation” addressed to the latter’s daughter. It was said to be also full of derogatory comments about the family.

Lathum has since been released from federal custody, but is not allowed to contact her husband’s ex-wife and to seek work in the medical field. She is set to appear in court on July 28. Ian Biong /ra