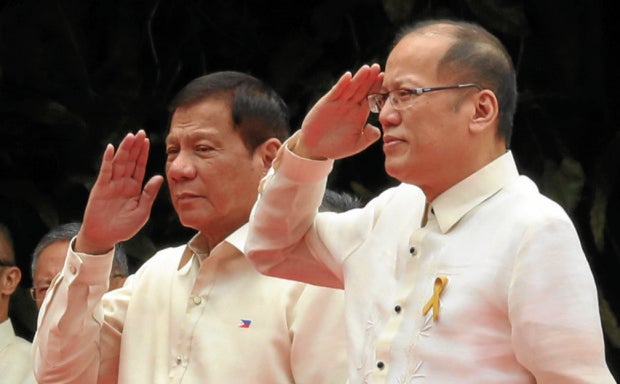 MANILA, Philippines — President Rodrigo Duterte joined the entire nation in mourning the death of former president Benigno “Noynoy” Aquino III, who passed away on Thursday morning, and called to set aside differences, for now, to honor his predecessor’s life.

“I join the entire nation in mourning the passing of Former President Benigno S. Aquino III,” Duterte said in a statement released on Thursday evening.

“I express my deepest sympathies to his siblings, Ballsy, Pinky, Viel, and Kris, as well as to all his loved ones, friends and supporters in this period of sadness. May you take comfort in the knowledge that he is now in a better place with his Creator,” he added.

The President pressed for unity as he underscored Aquino’s service to Filipinos.

“Let us all take this opportunity to unite in prayer and set aside our differences as we pay respects to a leader who has given his best to serve the Filipino people,” Duterte said.

“His memory and his family’s legacy of offering their lives for the cause of democracy will forever remain etched in our hearts,” he continued.

Aquino died peacefully in his sleep on Thursday morning. His family said he died due to renal disease secondary to diabetes.