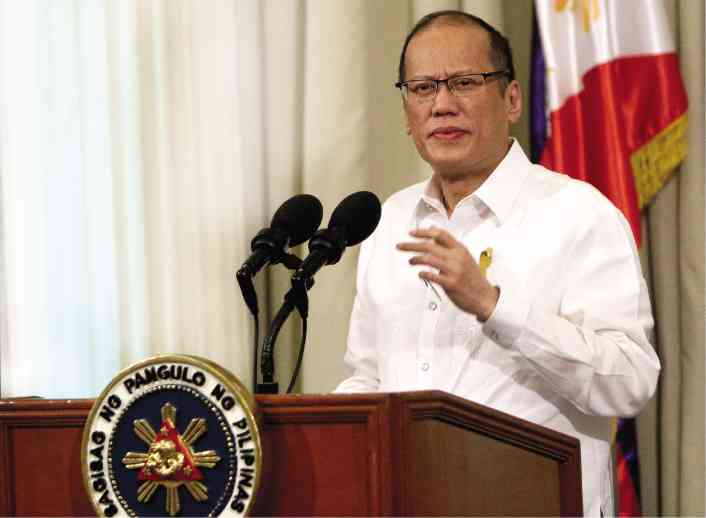 MANILA, Philippines — Senators on Thursday mourned the death of former president Benigno “Noynoy” Aquino III as they described the late former chief executive as a “good man” and someone who served the country with “humility, honor, and integrity.”

“No matter what political side you’re on when a former president passes away, the country mourns,” Senate President Vicente Sotto III said.

“His death diminishes us all,” added Sotto, who already ordered that the Philippine flag in the Senate flown at half-mast.

Senator Risa Hontiveros, an opposition lawmaker, remembered Aquino as a “good man” and considered him as “one of the best things that happened to the country pagkatapos ng [after the] 1986 People Power Revolution.”

(When PNoy was our president, we accomplished many good things, we as Filipinos. He’s a good man and we have done good things under his watch, many democratic institutions were repaired.)

‘Did not deserve to be unappreciated’

“So sad to hear that at a relatively young age of 61, he had passed on to the Great Beyond. As our country’s leader, he did not deserve to be unappreciated. He served his country very well with humility, honor, and integrity,” Lacson said in a message.

“Even as President, he always managed to promptly respond to my messages, no matter how casual and trivial. It was indeed a privilege to have served with him – both in the Senate and the Executive Department, but more than that, to be his friend,” he added.

(It hurts very much that President Noynoy is gone…He’s a good person, a great leader, he helped many people.)

Pangilinan said it was an honor for him to work with him in the Senate and under his Cabinet. Pangilinan served as Aquino’s presidential adviser on food security and agricultural modernization.

“[T]he nation has lost a gentleman who served his country well – with all honesty and sincerity and with the purest of intentions,” he said.

“I am thankful for the opportunity of having worked with PNoy during his Presidency,” added Drilon.

“The nation lost a leader, and I, a friend. But he was more than that. He was a mentor, a brother to me,” Villanueva said in a statement.

“If I was TESDA (Technical Education and Skills Development Authority) MAN, he was the TESDA Godfather,” he added.

Senator Grace Poe likewise paid tribute to Aquino, thanking him for his legacy and service to the country. Poe’s first stint in government and as a senator was during the Aquino administration.

(To the person who opened the doors for me in public service, thank you very much, thank you for the legacy of serving with all honesty and dedication.)

“He was a profile of courage, a man of convictions…He did not treat his office as theatre, where he was obliged to make grand gestures to incite his base or distract them from his mistakes…He took care of his country during his watch,” Recto said.

Meanwhile, senators who served in the House of Representatives with Aquino also mourned the passing of the former president.

“I will always treasure the memories of our long years together as freshmen legislators and members of a tiny opposition,” Senator Imee Marcos said.

“For beyond politics and much public acrimony, I knew Noynoy the kind and simple soul. He will be deeply missed,” she added.

Senator Sonny Angara, who was a colleague of Aquino in the lower chamber from 2004 to 2007, said the former chief executive “introduced widespread reforms and espoused a strong anti-corruption policy during his presidency” in order to continue the legacy of his parents.

“‘Walang wang-wang, walang counterflow, walang tong.’ ‘Walang tongpats.’ ‘Kayo ang boss ko.’ These are just some of the quotes of PNoy that are forever etched in the hearts and minds of every Filipino and aptly captures his stance against the abuse of power by the people in power,” Angara said.

For Senate Majority Leader Juan Miguel Zubiri, the country lost a “dedicated leader” with the passing of Aquino. Zubiri said he and Aquino entered the House of Representatives and the Senate at the same time—in 1998 and 2007, respectively.

Senator Richard Gordon, for his part, said he was “deeply saddened” by the demise of the former president.

“President Aquino and I may not have agreed on some issues, but we both have the same dream of making our country great and believe that as a nation, we should assert and defend our sovereignty over what is rightfully ours,” Gordon added.

Senator Cynthia Villar also condoled with the Aquino family and said the former president’s legacy, like his parents did, will be “an important part of Philippine history.”